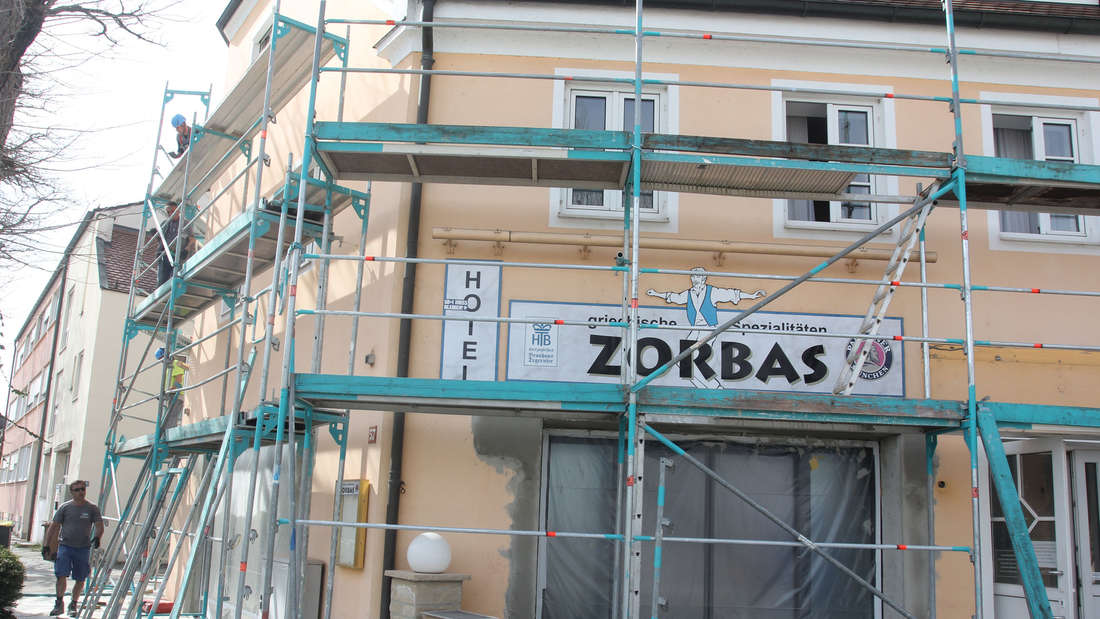 The old sign with the name “Zorbas” still hangs on the house at the Zwingereck.

The Rackl company moves into the basement of the former Greek building.

The former Greek restaurant Zorbas at the Zwingereck in Dachau becomes the “Stadthotel Dachau”.

And the Rackl bakery is opening a branch in the basement.

Dachau – The sign with the lettering “Zorbas” is still emblazoned in front of the house on the Zwingereck.

The building of the former Greek restaurant in Dachau is currently being renovated and converted.

The Rackl company will open a bread and coffee shop in the basement before the bakery opens in early summer.

The hotel is already in operation.

The Greek becomes a hotel in Dachau: the name Zorba will no longer exist

However, the name Zorba will no longer exist, reports Gregory Dimitriou.

After his family closed the restaurant business of the Greek restaurant “Zorbas” last summer, the hotel is to be given a new name: Stadthotel Dachau, “that suits the location,” says Dimitriou.

The nine rooms of the hotel, which are above the former restaurant, have already been completely renovated and are already in use.

New large windows provide brightness in the rooms on the ground floor.

The rooms of the bakery also serve as a breakfast room for hotel guests.

There is no fixed opening date for the bakery yet, “we are planning for early summer”, says Gregory Dimitriou.

By the way: everything from the region is also available in our regular Dachau newsletter.