Toyota Fails to Throw Shade at Ford in 4Runner vs. Bronco Comparison Video 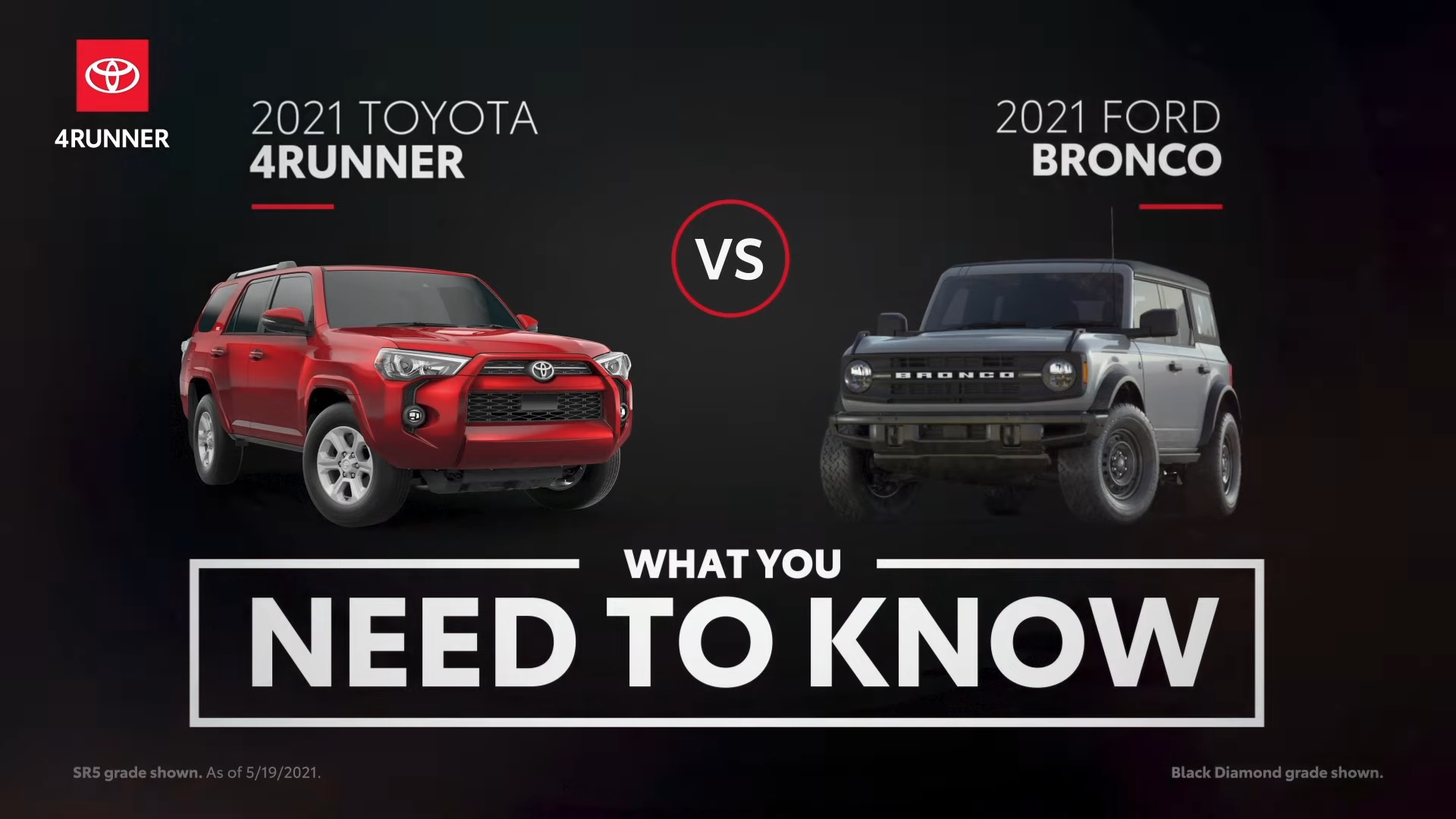 Although they’re not direct competitors, the 4Runner and Bronco have a few things in common. Both are body-on-frame SUVs, both are capable of traversing difficult terrain, and both feature at least one locking diff.

This is where the similarities end, but marketing begs to differ. The 4Runner vs. Bronco comparison video uploaded by Toyota USA on YouTube is trying to convince potential customers of the Bronco that a 4Runner is better through frivolous details such as third-row seating and a higher tow rating.

Dependable though it may be, the Japanese utility vehicle has a lot of drawbacks over the retro-styled Bronco. Not only did Toyota roll out the fifth-gen 4Runner a whopping 12 years ago, but it’s costlier than the Ford at $36,765 and far more archaic in terms of engine and tranny choices.

But wait, there’s more! At the 3:36 timestamp, Toyota says the Bronco offers 8.3 to 8.4 inches of ground clearance for the four- and two-door body styles without even mentioning the optional Sasquatch Package’s maximum ground clearance of 11.6 inches. Keeping this kind of information away from potential customers is shady, to say the least, especially in a comparo video.

Trying to act like a third option after the Bronco and Jeep Wrangler isn’t going to win Toyota any customers, more so because Toyota dealers partake in ridiculous markups. As much as I love the 4Runner as the thinking man’s SUV and as much as I critique Ford for all of its Bronco fails, we can all agree that the hottest utility vehicle for the 2021 model year is the Bronco. 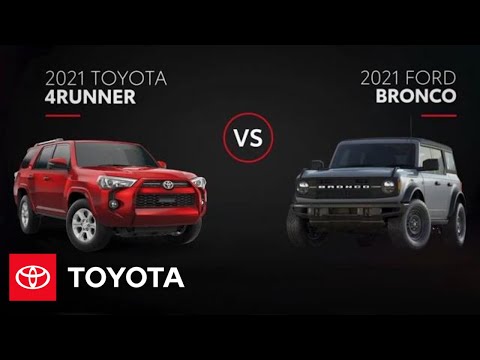