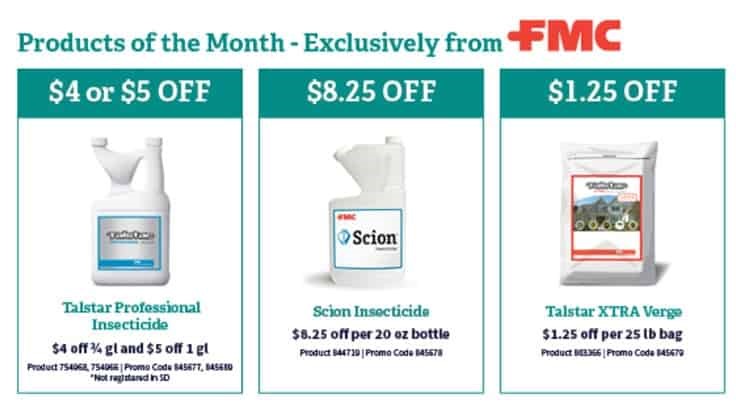 Editor’s note: Mosquito control is a growing market segment for many PCOs in North America, and this includes pest control companies in Canada. Sean Rollo BSc./Board Certified Entomologist, Technical and Business Development Director at Orkin Canada, takes a look at three mosquitoes in Canada and where they are found.

In Canada there are three main genera of mosquitoes. From coast to coast, one or all of them may appear. Let us explore the fundamentals of mosquitoes in greater detail. Whether you are a pest control professional or someone simply curious about the differences and similarities, we hope it will provide an informative education on the three most common genera present in Canada.

The Three Genera and How they Differ. The Anopheles, Culex, and Aedes genera are the top three types of mosquitoes in Canada. There are several important points of note where they differ from one another. They are as follows:

Eggs. Generally speaking, mosquito eggs are around 1 millimetre each in length, soft, and a white-cream colour immediately after being laid. This is done either in a grouped layer on still water or individually in soil (depending on the species in question). A few minutes after being laid, the eggs harden and turn black, which makes them harder to spot. Egg shapes will vary depending on the specific species; the most common shapes are elongated, ovoid, spindle, and spherical.

Larvae and Pupae. Specific water parameters are required for the eggs to hatch and progress to the larvae stage. First, the water needs to be still and stagnant with sufficient access to light, therefore rich in nutrients for them to feed on. It also needs to be reasonably warm. Affectionately (or not, depending on who you ask) known as “wigglers” once hatched, they grow from 2 to 8 millimeters in length over four development stages, which are known as instars. Once fully mature, they can reach up to 10 millimetrers. Consisting of a head, thorax, and narrow, cylindrical abdomen, larvae have only a single antenna, with no legs or wings yet. Lengthy, brush-like hairs line the sides of the body, and a tube-like respiratory system known as a siphon is used for when they attach to the air film in the water’s surface to feed on microorganisms. These siphon tubes are how they are most commonly spotted in still water, whereas in moving/disturbed water they tend to wiggle around (hence the term).

Pupae, the next life stage, are otherwise known as tumblers. They can develop and thrive in a similar habitat to when larvae but tend to be inactive, typically not even feeding unless disturbed. Their shape and body composition is now different, taking on a shape reminiscent of a comma with the head and thorax fused as one with the abdomen curling inwards. They have two breathing tubes, known as air trumpets in this case, affixed to their thorax that are used for breathing, along with a pair of paddle-like limbs affixed to the end of the abdomen for movement.

Adults. The fourth and final life stage, fully matured adult mosquitoes can be anywhere between 3 and 10 millimeters long. Similar to the larvae they retain a distinct yet smaller head, thorax, and abdomen. The head itself develops a long, needle-like snout for piercing prey and feeding. Adults have six legs and two narrow wings, enabling flight and mobility on any surface, and the entire body is covered in fine scales. Adult mosquitoes actually come in a variety of colours – everything from grey-black to white or blue markings – and may have hairy or feathery antennae depending on the sex of the insect.

Lifecycle at a Glance.Two days after consuming enough blood to sustain herself, an adult female mosquito will lay hundreds of eggs in water or soil (again, this depends on the genera). A few days later, these eggs will hatch into larvae, developing and molting at each instar stage (therefore, four times). They then become pupae before adults emerge from the shell, dry off, and take flight in search of food. At this point, the adults search for mates and sustenance before they expire, with adult females typically living for as long as a month while males only last up to a week.

It should also be made clear that only females feed on blood, but they and males tend to also consume nectar and other plant juices. This occurs because the females are the ones who need the blood for egg incubation purposes. When searching for blood from mammals, birds, amphibians and/or reptiles, they are drawn to various factors including body heat, carbon dioxide emissions, and even odour. Darker-contrast and moving objects are more appealing to them.

Habitat and Behavior. As noted earlier, mosquitoes require very specific water, temperature, and even light parameters in order to develop to the adult stage. That being said, many species including the most common varieties in Canada have adapted to a variety of conditions. As a result, they can be found in wetlands, ponds, floodwaters, grassy pools of water or in woodland regions, in drainage ditches or rain barrels, tree holes, within the leaves of plants where moisture accumulates, and manmade containers containing sitting water. You may also find them in fountains, bird baths, pet bathing or children’s outdoor play pools, pool covers with sitting water, circulation equipment creating leaks, depressions in the ground where water can accumulate and remain, cavities in walls or trees, standing water in upright tires or buckets, and otherwise.

On the subject of behavior, a mosquito’s flight range and subsequent pattern is largely influenced by environmental conditions such as wind and temperature as well as the time of year. They tend to travel up to 2 kilometers from the breeding site without being aided by the wind, but with it, can reach over 30 kilometers easily. They usually look for shelter in cool, dark areas, which can include beneath roofing eaves, within vegetation, and otherwise. While some species of mosquitoes are rather vicious biters, the effects will vary from person to person. Some may develop an illness while others will experience redness and swelling at the site of feeding. The latter is a cellular immune response that results in the itching we all dread.

Driving them Out. Making a habitat inhospitable is key to reducing or even eliminating the presence of mosquitoes in any given area. If they cannot breed or find sufficient shelter, their communities cannot thrive. Some examples of addressing this include adding insect-eating fish to ponds, filling and smoothing over recessions in the ground where water can otherwise pool, weeding and thinning dense vegetation to maximize sunlight and aerating the soil.

Final Thoughts and Regarding Pesticide Use. When it comes to a mosquito application be sure to follow the label and remain compliant with local regulations. Verify which species of mosquito you are dealing with, and before attempting to use a larvicide, always try to eliminate their breeding site first. If all else fails and you intend to proceed, time it so you use the larvicide to coincide with their breeding cycles. Applying residual products wherever adult mosquitoes rest is also important, such as under leaves (never on pollinating flowers), in shaded areas, and areas where there is a low air current. Be sure the application is made during a period where there won’t be rain for at least two to three days, and ensure the wind won’t cause the product to drift to unintended areas. Continue to follow up these applications based on directed intervals, as per the labels of the products you are using.

Aside from Antarctica and Iceland, mosquitoes are found everywhere in the world and Canadians are more than used to them. That said, you don’t have to tolerate their presence and the health risks they pose. With proper care and proactivity, it’s possible to mitigate such risks and make the most of your own personal oasis. Whether you’re a dedicated pest control professional, or someone seeking to rid their backyard of troublesome mosquitoes, we hope these insights aid you in your efforts.