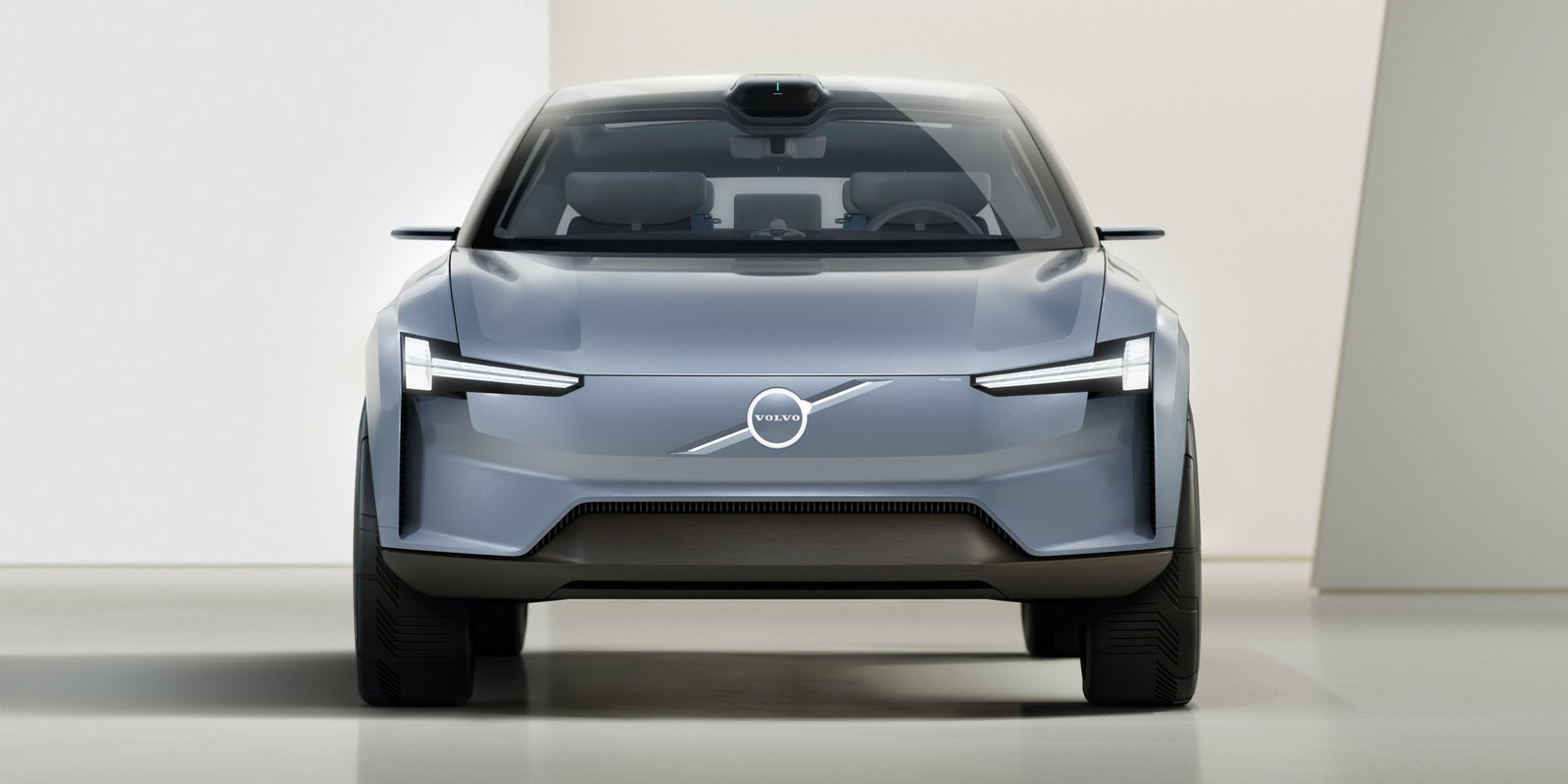 This new Volvo Recharge concept gives you an idea of what its upcoming range of electric cars will look like and what kind of tech they’ll have. Read on for full details.

This is the Volvo Concept Recharge — your first look at the Swedish manufacturer’s inbound wave of electric cars.

Part-SUV, part-estate, this Concept Recharge hints at what new Volvo cars will look like and how their clever flat-floor design will result in plenty more passenger space inside.

The Volvo Concept Recharge takes the high-riding stance of an SUV and pairs it with the elongated, boxy shape that’s typical of an estate. You can think of it as the result of putting the ingredients for a Volvo XC90 and a V90 in a blender and giving them a thorough shake-up.

It’s obviously a Volvo – you can thank the ‘Thor’s hammer’ headlights and ultra-thin, L-shaped rear lights for that… Expect these features to appear on the next wave of Volvo cars.

There’s no grille at the front either, being an EV and whatnot, rather a rather angular body-coloured panel takes its place above a piece of black trim.

You might spot what appears to be a rally-car-inspired roof scoop up-top, but that pod actually houses the sensors for the clever autonomous tech. We’ll come back to that in a bit…

Key to the interior of the Volvo Concept Recharge is the placement of its batteries. By laying completely flat underneath the car, they don’t encroach on passenger space.

Those first-class seats are pretty much just for show and won’t make it into production models, but you should see the 15-inch touchscreen infotainment system in future Volvo cars.

This is said to use ‘next-generation’ software, to provide a ‘serene and calm experience’. You can translate that to mean it’ll have more features and should be easier to use than the systems you get in today’s Volvos.

So, back to the hump on the roof of the Volvo Concept Recharge. This houses a LiDAR sensor which plays a huge role in helping its autonomous systems work.

The actual details of the self-driving tech are vague, but having the sensor up on the roof helps it collect more accurate data on what’s happening around the car.

Don’t rush for your wallets, the Volvo Concept Recharge won’t be going into production. Not like this, anyway.

Its design will influence upcoming all-electric cars from the manufacturer though, and that will likely include the roof-mounted LiDAR sensors.

Expect to see the fruits of this pretty soon as Volvo looks to make a switch to an all-electric lineup by 2030.

Want to keep up to date with the latest news?

Sign up for the carwow newsletter by entering your email address below to receive regular updates featuring our latest videos, reviews, news stories and blog posts from across the world of cars. You can unsubscribe from these emails at any time.

By clicking the submit button you agree to our T&Cs and confirm you have read our Privacy Policy.