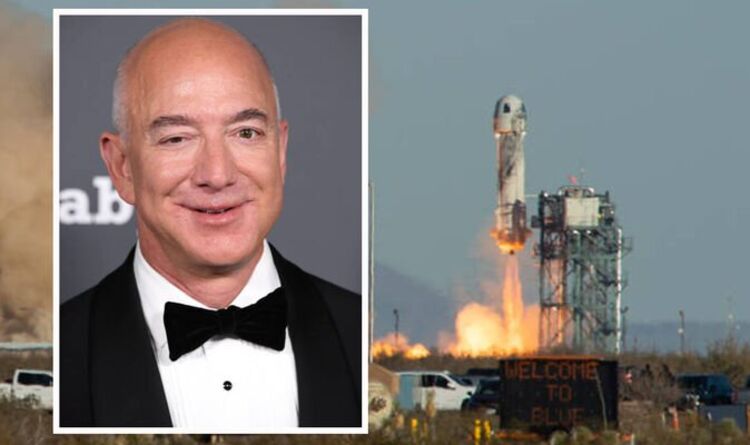 Offering a once in a lifetime opportunity to wealthy space tourists, Blue Origin successfully flew its first crewed mission last summer. The 10-minute rocket-powered ride to the edge of space will take six passengers more than 60 miles above the Earth’s surface and allow them to experience sweeping views of the planet below.

When is the Blue Origin rocket launch?

The company’s New Shepard spacecraft is scheduled to lift off on Tuesday, March 29.

However, one would-be passenger won an auction for a ticket to fly alongside Mr Bezos last year for a whopping $28 million (£21 million).

Comedian Pete Davidson was originally due to be among the six passengers in Blue Origin’s latest flight.

However, after a schedule change pushed the flight back by a week he abruptly withdrew his seat.