Newsom’s green budget has something for everyone — even bees 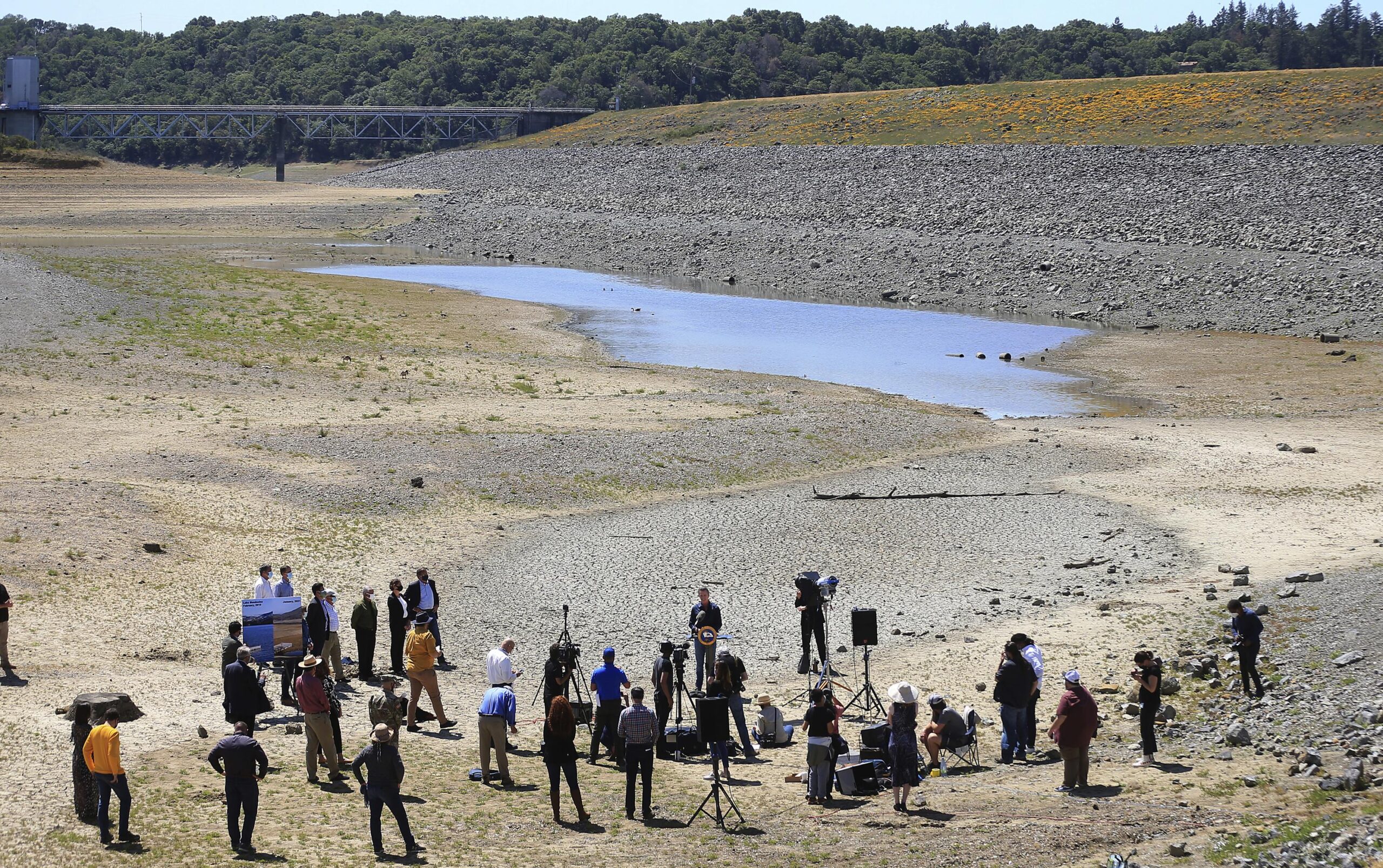 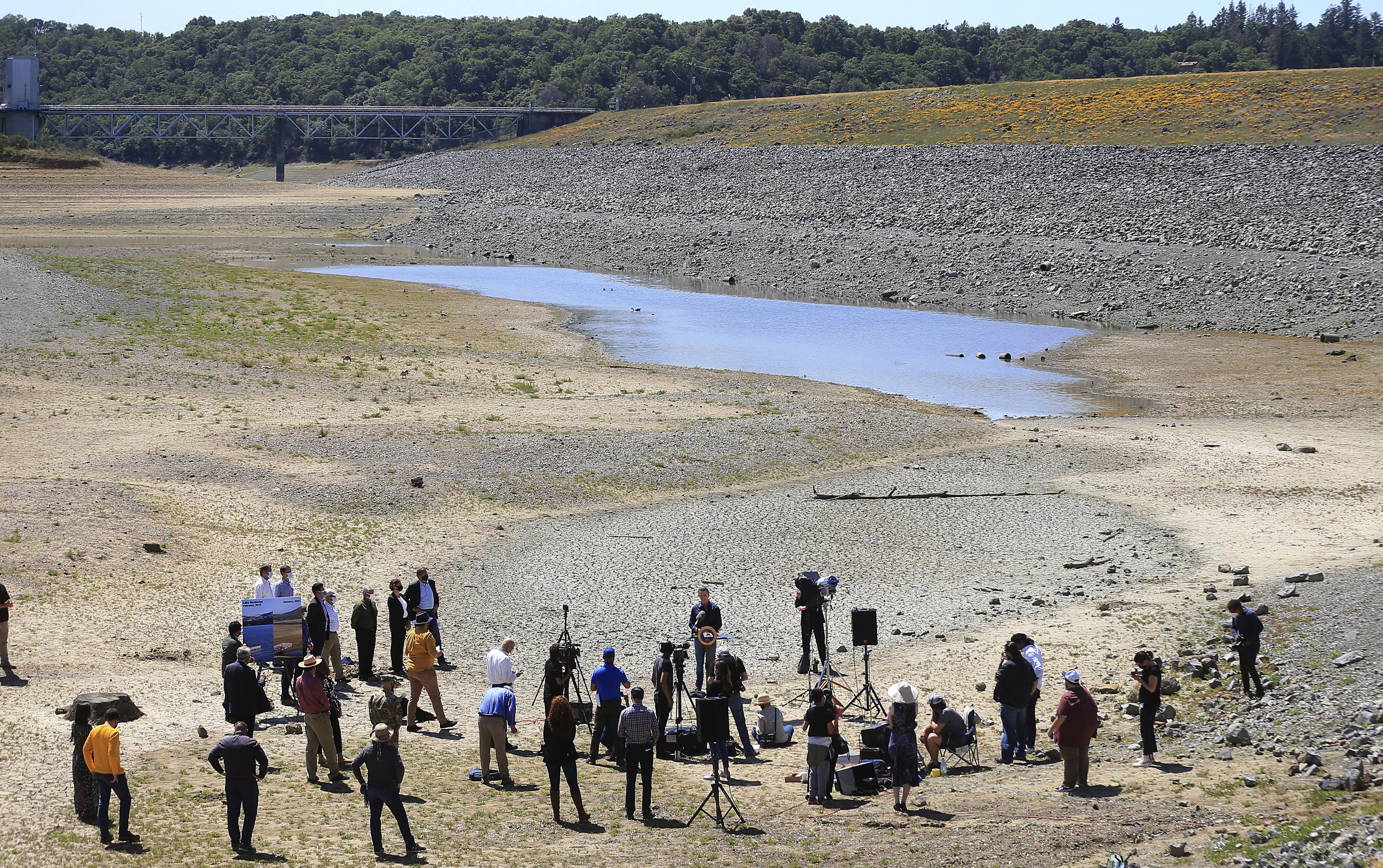 LOS ANGELES (AP) — Amid a drought that followed a year of historic wildfires exacerbated by a warming planet, California’s governor on Friday proposed spending a record $11 billion on programs to combat climate change, promote clean air, shore up water supplies and prevent wildfires.

The spending on environment-related programs would be an increase of $9 billion from what Gov. Gavin Newsom proposed in January and is the result of a combined $76 billion in state tax revenues and federal stimulus money.

The windfall will fund everything from charging stations for electric cars to preparing communities for disasters ranging from fire, flooding and earthquakes to creating habitat for threatened bumble bees that are essential to pollinating crops in the nation’s most productive farmland.

Many of the programs will receive one-time funding that could limit their effect, though they were announced by administration officials as if they were satisfying a longtime wish list.

“I have worked in and around state government for almost 20 years and I have never experienced a budget like this where we’re able to invest in the environmental priorities that we’re driving forward,” said Wade Crowfoot, the state natural resources secretary.

Some of the key items included $5 billion Newsom announced earlier in the week to help the state adapt to water shortages during drought like the drought emergency he declared in much of California on Monday. It would also provide $1 billion in federal aid for people who couldn’t pay their water bills during the coronavirus pandemic.

A $1.3 billion investment would help prepare for flooding from rising seas and fund environmental justice priorities to cap some of the 3,000 abandoned oil wells and clean up toxic waste such as the lead from the former Exide battery plant outside Los Angeles.

A half-billion dollars would be spent on restoring state parks, including repairs from wildfires and deferred maintenance.

In a bigger push to promote electric vehicles, $3.2 billion would go toward buying thousands of buses and trucks and building charging stations.

“We have a goal to completely eliminate traditional fueled vehicles in the state so we never have to suffer through the images we’re seeing on the East Coast,” Newsom said, referring to long lines at gas stations after a cyberattack shut down a major pipeline.

Given the millions of dollars going to such a large number of different programs, there was a lot to make interest groups happy while also earning criticism from those who see the spending as misdirected.

“The need for state investment to accelerate zero-emission vehicle adoption has never been more urgent, nor has the state ever had the means it does today to enact change,” said Paul Cort of Earthjustice. He called the $3.2 billion a down payment, adding that the state must “ensure that at least half of the proposed funds go to frontline communities who, for decades, have been plagued by our worst air pollution in California.”

Char Miller, a professor of environmental analysis at Pomona College, said Newsom’s plan has some laudable elements but mismatched priorities.

Instead of building sea walls to protect the coast from flooding, money should be spent helping people retreat inland to higher ground, Miller said. He would like to see more incentives to reduce water consumption, put solar panels on roofs, and keep people from moving to fire-prone areas.

“I see a lot of missed opportunities,” Miller said. “He’s actually come up with a plan, and it contains huge amounts of money. I just think the money is going in the wrong direction.”

As warming temperatures and declining snowpack limit water, more farmland will have to be fallowed. The proposal includes $500 million to help retire some of that farmland and use it create corridors for habitat, recharging the water table and storing climate-warming carbon in the earth, said Karen Ross, the state’s agriculture secretary.

It also includes $30 million to create habitat for honey bees trucked into the state to pollinate valuable crops like almonds. The bee population has collapsed in recent years.

Some $2 billion — about double from January’s proposal — would go toward wildfire preparedness and include purchases of firefighting airplanes and helicopters as well as creating a center to forecast wildfire threats.

“Remarkably, Gov. Newsom is giving just over 3% of the overall wildfire budget to equitable home hardening, which is the most effective way to protect existing communities with high fire risk,” said Brian Nowicki of the Center for Biological Diversity. “The governor needs to forego business-as-usual logging that only worsens the climate crisis, harms wildlife and fails to protect people and their homes.”

Crowfoot said another $70 million from the federal government would help make homes more resistant to fire. He said the revised budget proposal includes $250 million for so-called community hardening to protect infrastructure from disasters like fires, floods and earthquakes.