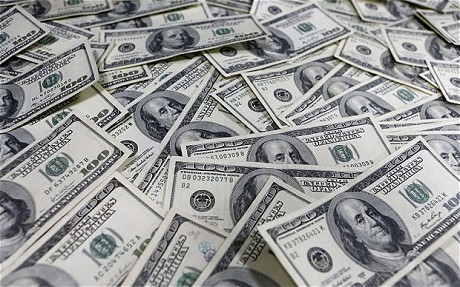 88 Energy has agreed to the sale of all the Alaskan oil and gas tax credits currently held by its wholly-owned subsidiary Accumulate Energy Alaska, it announced on Monday.

The AIM-traded firm said the sale price of the tax credits was $18.7m (£13.51m) cash, payable on completion of the sale and transfer of the outstanding tax certificates.

Transfer of the certificates and payment of the proceeds was expected in the coming weeks, subject to approvals from the Alaskan Department of Revenue.

The purchaser was described as a “large oil and gas company” in the United States, with multiple exploration and production assets and the capacity to fund such a transaction.

88 Energy said the transaction would accelerate the timeframe of its value realisation from the tax credits, which under current estimates would not have been fully paid out by the state of Alaska until 2026.

The majority of the proceeds from the sale would be used towards full repayment of the company’s current outstanding debt of $16.1m with FCS Advisors, which was due to mature on 30 December.

Early repayment penalties were being waived by FCS.

The residual sale consideration of $2.6m would be applied towards 88 Energy’s working capital requirements.

Its board noted that the early repayment of debt would also save on future cash payments that would have been made towards interest on outstanding debt.

The overall impact of the transaction was not considered “material” to 88 Energy, as the tax credits applied to be cashed out and approved by the Alaskan government totalled $19.1m, compared to the proceeds received from their sale of $18.7m.

“This is a transaction which accelerates the realisation of the value of the Alaskan oil and gas tax credits and the early repayment of outstanding debt due to be repaid by the end of 2022,” said managing director Ashley Gilbert.

“As a result of the transaction, the Company is now set to be debt free with reduced annual overheads of over $1m in associated finance costs.”