DIARY: Shouts, a hurried evacuation, and then the bombs came 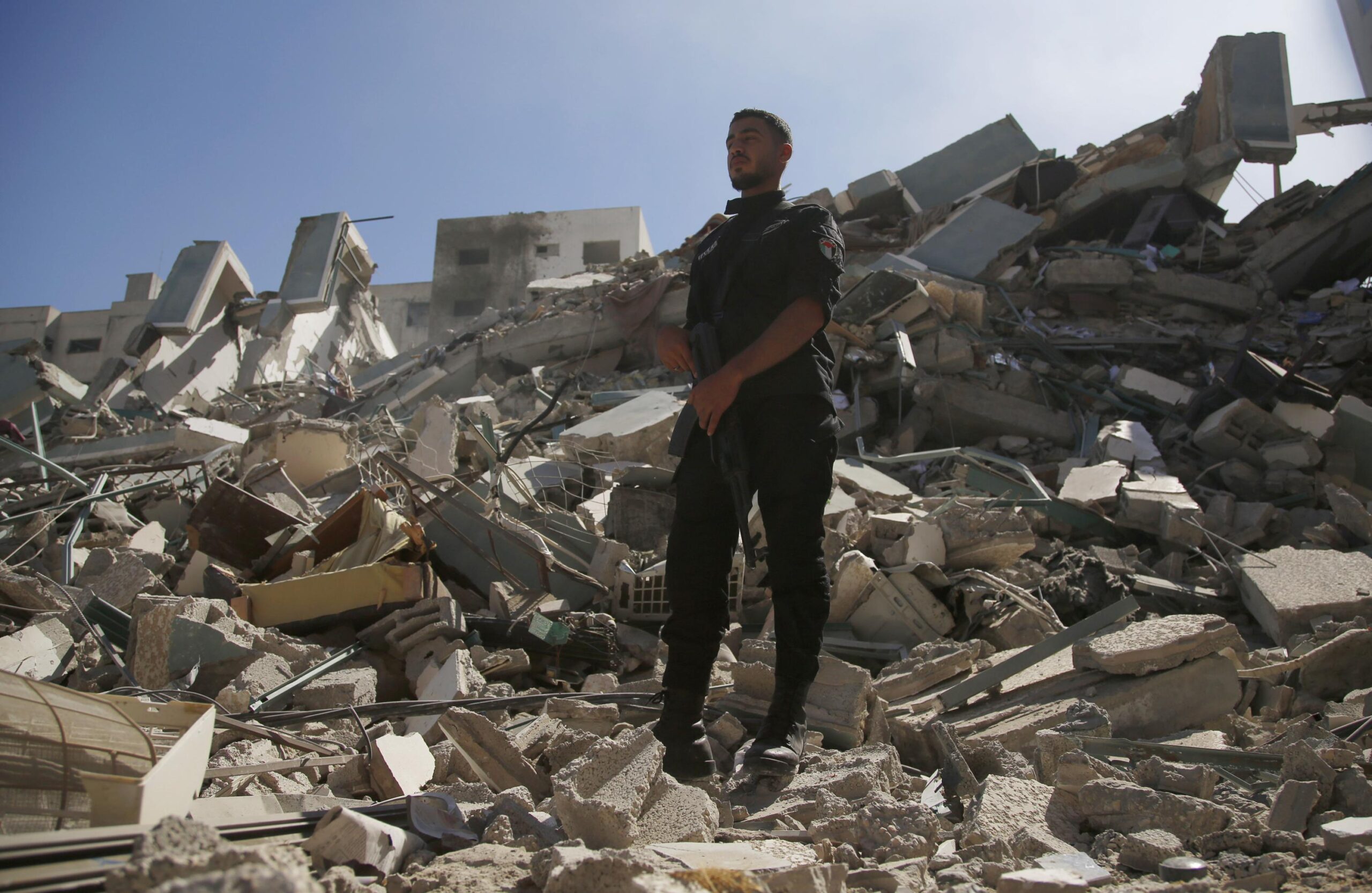 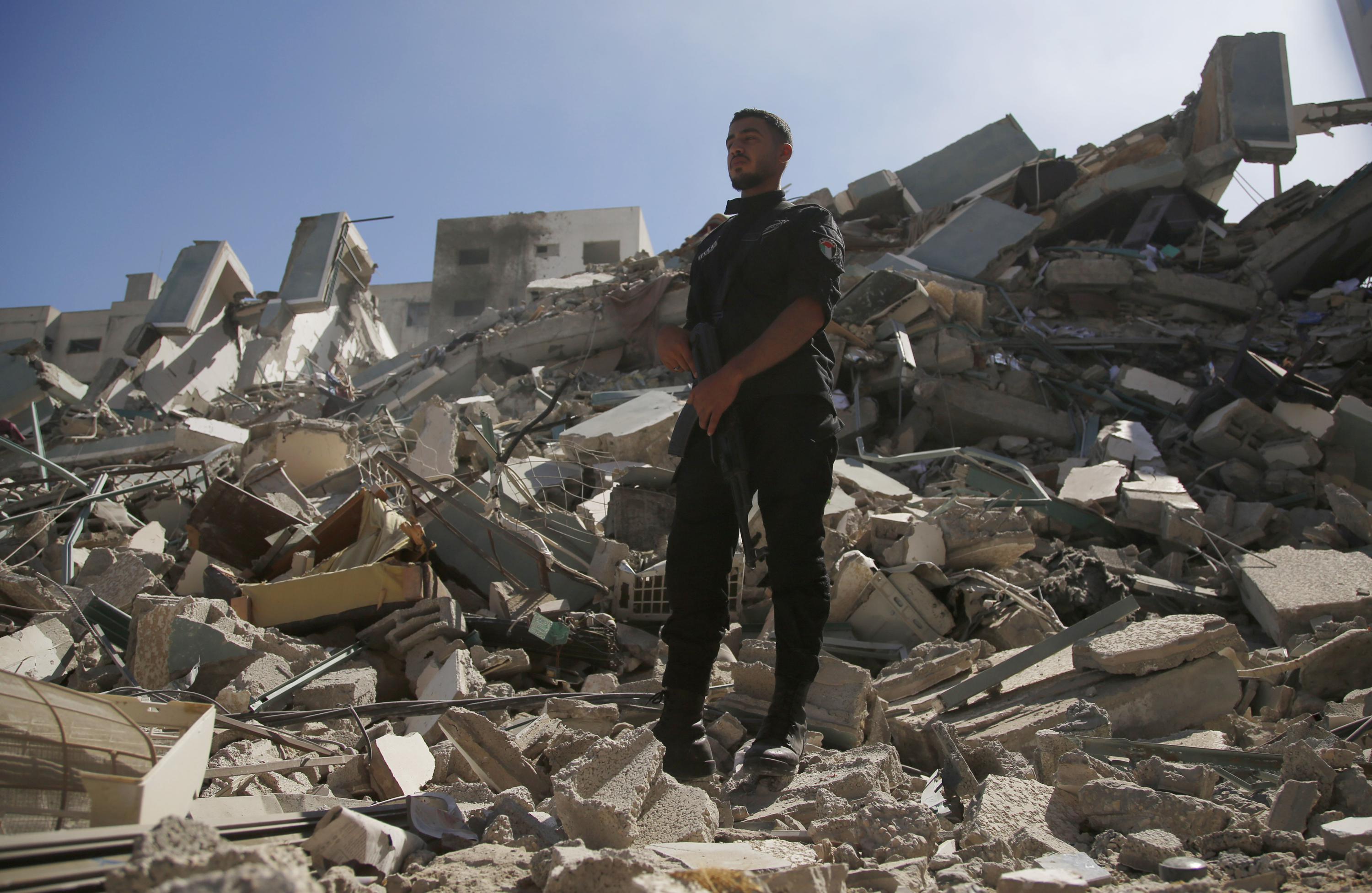 GAZA CITY, Gaza Strip (AP) — My colleagues’ shouts awakened me, and the pounding of my heart drowned out the racing of my mind. What was happening? Had someone been injured on the streets of Gaza City, or worse?

It was 1:55 p.m. on Saturday. I had been napping on the upper floor of the two-floor penthouse that served as The Associated Press’ offices in Gaza City since 2006. This was not unusual in recent days; since fighting began earlier this month, I had been sleeping in our news bureau until early afternoon, then working through the night.

I hurried downstairs and saw my colleagues donning helmets and protective vests. They were shouting: “Evacuation! Evacuation!”

The Israeli military, I would learn later, had targeted our building for destruction and offered up a brief advance warning: They had taken out three buildings so far this week, warning residents and occupants sometimes minutes beforehand to get out. Hurriedly, I was told: You have 10 minutes.

What did I need? I grabbed my laptop and a few other pieces of electronics. What else? I looked at the workspace that had been mine for years, brimming with mementos from friends, family and colleagues. I chose just a handful: a decorative plate bearing a picture of my family. A coffee mug given me by my daughter, now living safely in Canada with her sister and my wife since 2017. A certificate marking five years of employment at AP.

I started to leave. Then I looked back at this place that had been my second home for years. I realized this was the last time I might ever see it. It was just after 2 p.m. I looked around. I was the last person there.

I put on my helmet. And I ran.

After the most unsettling of days in the community where I was born and raised and now cover the news — in the place where my mother and siblings and cousins and uncles live — I am home now. I wish I could say I am safe here, but I can’t. In Gaza, there is no safe place.

On Friday, an airstrike destroyed my family farm on the northern edge of Gaza. And now, my Gaza City office — the place that I thought was sacrosanct and would go untargeted because both AP and al-Jazeera’s offices were located on its top floors — is a pile of rubble and girders and dust.

Many Gazans have fared worse. At least 145 of us have been killed since Monday, when Hamas began firing hundreds of rockets into Israel, which has pounded the Gaza Strip with strikes. In Israel, eight people have been killed, including a man killed by a rocket that hit in Ramat Gan, a suburb of Tel Aviv, on Saturday.

In our building, the clock in my head felt deafening as I ran out of the office. I ran down the 11 floors of stairs and into the basement parking garage. Suddenly I realized: My car was the only one there. All others had evacuated. I threw my belongings in the back, jumped in and drove off.

When I felt I was far enough away, I parked the car and got out, making sure I had a view of my building. I found my colleagues nearby. They were watching, waiting for what was next.

Nearby, our building’s owner was on the phone with the Israeli military officer who had told him to get the place evacuated. The owner was begging for a bit more time. No, he was told. That won’t be possible. Instead, he was told: Go back into the building and make sure everyone’s out. You have 10 minutes. You’d better hurry.

I turned toward our building to watch. I was praying that maybe, maybe it wouldn’t happen. I thought of the families that lived on the upper five floors of the building, below the media bureaus and above the offices on the lower floors. What would they do? Where would they go?

Other journalists clustered around, just at the edge of safety, steeled for what was next. My intrepid video colleagues tended to their live shot.

Then, in quick succession over the next eight minutes: a small drone airstrike, followed by another and another. And then three powerful airstrikes from F-16s.

At first, it looked like layers of something collapsing. I thought of a bowl of potato chips, and what might happen if you slammed a fist into them. Then the smoke and dust enveloped everything. The sky rumbled. And the building that was home to some people, an office to others and both to me disappeared in a shroud of dust.

In my pocket, I still had a key to a room that no longer existed.

Standing with my colleagues about 400 meters (yards) away, I watched for a while and tried to process it all as the rubble started to settle. White smoke was overtaken by thick clouds of black smoke as the structure crumbled. Dust and pieces of cement and shards of glass scattered everywhere. What we knew so well was gone.

I thought of all of my hundreds of mementos that were now in splinters — including the 20-year-old cassette recorder I used when I first became a journalist. If I had had an hour, I would have grabbed everything.

It was one of the most horrible scenes I have ever witnessed. But while I was deeply sad, there was gratitude, too — as far as I knew, no people had been hurt — neither any of my colleagues nor anybody else. That would be confirmed in the coming hours, as more information came out and my bosses at AP condemned an attack that “shocked and horrified” them.

I wondered how long I should stay and watch. It was then that my years of instinct kicked in — the instinct of covering so much violence and sadness in the place that is my home.

Our building was gone and would not be coming back. Already, other things were happening that I needed to cover. You must realize: We journalists, we are not the story. The priority for us is not ourselves. It is to tell the stories of other people, those who are living their lives in the communities we cover.

So I spent a few more moments watching the end of the place that shaped so much of my life. And then I began to wake up from this nightmare.

I said to myself: It has been done. Now let’s figure out what to do next. Let’s keep covering it all. This is history, and there are more stories to tell. And like always, as the world shakes around us, it is up to us to figure out how.

Fares Akram is a journalist in Gaza for The Associated Press.