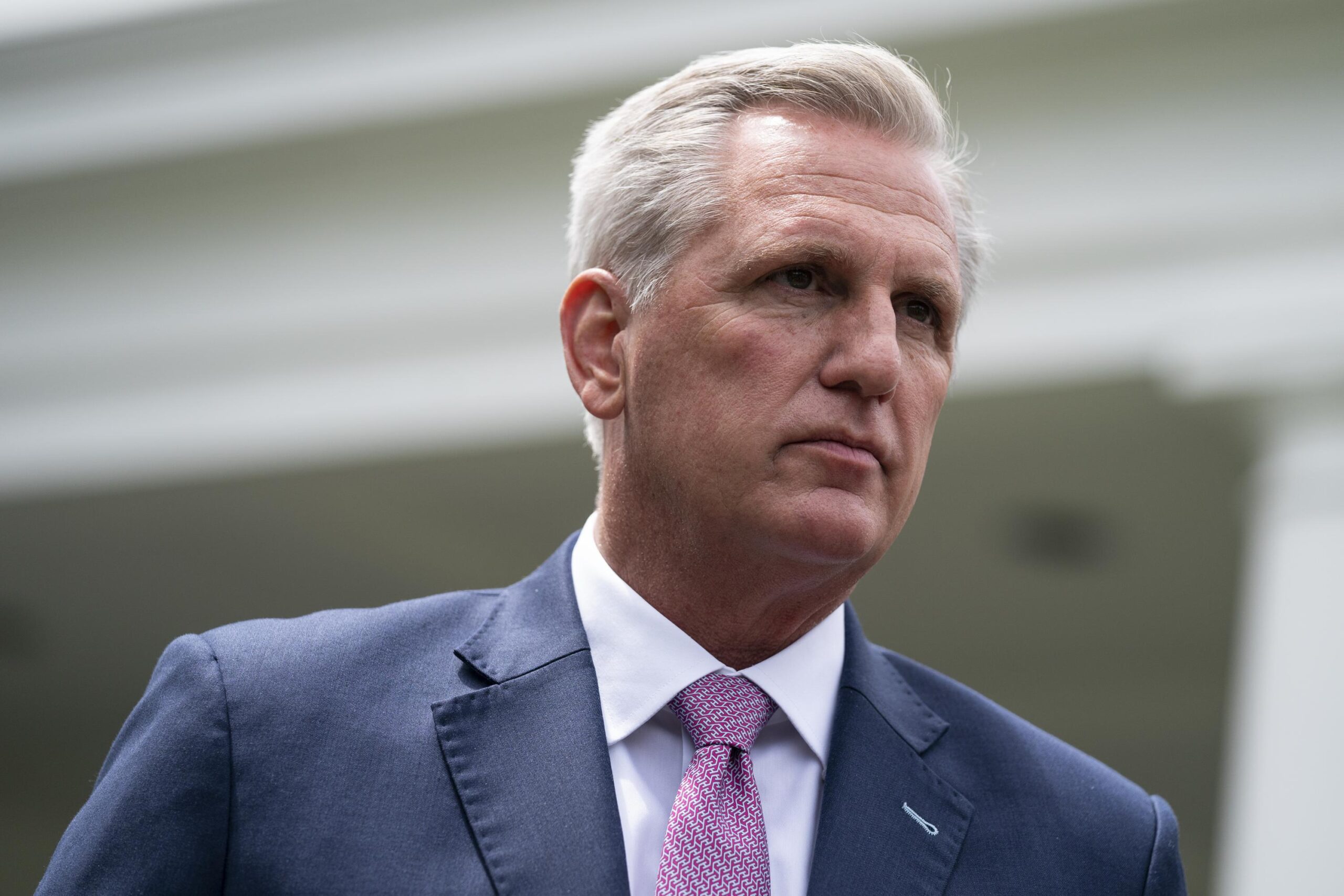 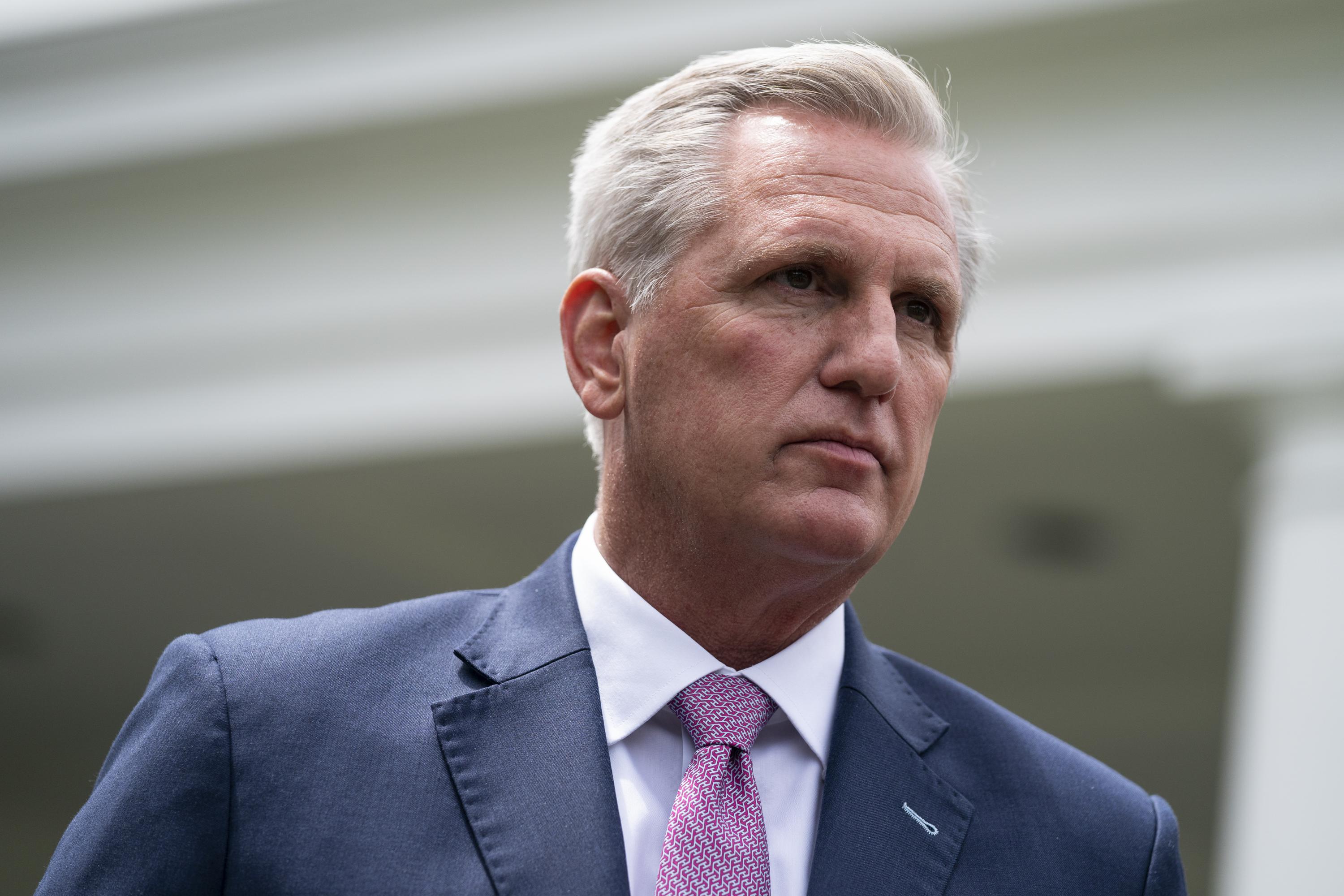 WASHINGTON (AP) — House Republican Leader Kevin McCarthy said Tuesday that he won’t support a proposal to form an independent, bipartisan commission to study the deadly Jan. 6 insurrection at the U.S. Capitol, almost certainly eroding GOP support ahead of a vote and positioning his party as opposed to investigations of the attack.

McCarthy said he wanted the new panel to look beyond the violent uprising by supporters loyal to Donald Trump, who were trying to stop the certification of President Joe Biden’s election. McCarthy and other Republicans — including Senate Majority Leader Mitch McConnell — have pushed to have the new commission also investigate other violent acts, including protests last summer in the aftermath of the death of George Floyd.

Calling the commission “duplicative and potentially counterproductive,” McCarthy said that given the “shortsighted scope that does not examine interrelated forms of political violence in America, I cannot support this legislation.”

McCarthy’s opposition all but ensures this week’s vote on the bipartisan bill to form the panel will have less Republican support in the House, and dims its chances in the evenly divided Senate — threatening the commission’s chances as Democrats say it is essential to reckoning with the violent attack that interrupted electoral count.

House Speaker Nancy Pelosi called McCarthy’s opposition “cowardice” and said he doesn’t want to find the truth. She released a February letter from the GOP leader in which he asked for an even split of Democrats and Republican commissioners, equal subpoena power and no predetermined findings or conclusions listed in the legislation. The bipartisan legislation accommodates all three of those requests, she said.

“Leader McCarthy won’t take yes for an answer,” she said. “The American people expect and deserve the truth about what happened on January 6th in a manner that strengthens our democracy and ensures that January 6th never happens again.”

Senate Majority Leader Chuck Schumer vowed to bring the House measure for a vote, forcing Republicans to choose. “Republicans can let their constituents know: Are they on the side for truth or are they going to cover up?” Schumer said.

But the Senate Republican leader Mitch McConnell said he’s “pushing the pause button,” taking a look at the proposal and a related bill to beef up Capitol security.

Ahead of the House vote, which could come as soon as Wednesday, the Biden administration said it supports the legislation and that the American people deserve “such a full and fair accounting to prevent future violence and strengthen the security and resilience of our democratic institutions.”

Modeled after the investigation into the 9/11 terrorist attacks, the bill would establish an independent 10-member commission that would make recommendations for preventing another insurrection. The panel would have to issue a final report by Dec. 31.

The GOP leader’s dissent comes as some other Republicans have started to downplay the severity of the attack, further aligning themselves with Trump who had encouraged his supporters to head to Capitol Hill that day to fight for his presidency. Numerous Republican lawmakers joined McCarthy in speaking against the measure early Tuesday during a meeting of House Republicans, according to one Republican familiar with the private session and granted anonymity to discuss it.

Rep. John Katko, the top Republican on the Homeland Security Committee, who drafted the legislation with the panel’s Democratic Chairman Rep. Bennie Thompson of Mississippi, defended the proposed commission at the closed-door meeting Tuesday, the person said.

“I recognize there are differing views on this issue, which is an inherent part of the legislative process and not something I take personally,” Katko, R-N.Y., said in a statement. “However, as the Republican Leader of the Homeland Security Committee, I feel a deep obligation to get the answers U.S. Capitol Police and Americans deserve and ensure an attack on the heart of our democracy never happens again.”

The bill’s path forward is uncertain in the 50-50 Senate, where some Republicans have said they don’t think it’s needed. Democrats would need at least 10 Republican senators to pass it.

McConnell objected to the initial proposal by Pelosi, saying it should be bipartisan and also investigate last summer’s riots, but said Tuesday that Senate Republicans are “undecided.”

Missouri Sen. Roy Blunt, the top Republican on the Senate Rules Committee, has said he doesn’t think a commission is necessary because it wouldn’t work fast enough to make changes. Sen. John Cornyn, R-Texas, said Tuesday that he thinks a commission would be “worthwhile” but that there shouldn’t be limits on the time period investigated.

Schumer questioned why Republicans even negotiate with Democrats “if the Republican leaders are just going to throw their lead negotiators under the bus.”

The House bill does not set specific limits on the commission but calls for “the facts and causes relating to the January 6, 2021, domestic terrorist attack upon the United States Capitol Complex and relating to the interference with the peaceful transfer of power, including facts and causes relating to the preparedness and response of the United States Capitol Police and other Federal, State, and local law enforcement,” along with the “the influencing factors that fomented such attack on American representative democracy while engaged in a constitutional process.”

The legislation does not mention Trump and language included in Pelosi’s first draft that mentioned white supremacy was removed in the final compromise bill.

Some Senate Republicans have signaled that they would support the commission. Utah Sen. Mitt Romney said that given the violent attack, “we should understand what mistakes were made and how we could prevent them from happening again in the future.”

Romney said the riots in the wake of Floyd’s death were “of a different nature” and “the key thing that needs to be associated with this effort is the attack on this building.”

In the House, Majority Leader Steny Hoyer said he still expects a “significant number” or Republicans to vote for the bill, which will be considered alongside separate legislation to pay for security improvements. But some in the GOP have shied away from discussing the facts of the attack.

At a House hearing last week investigating the siege, one member denied there was an insurrection at all while another said a woman who was shot and killed by police while trying to break into the House chamber was “executed.” Many other Republicans have tried to change the subject, saying Democrats should focus on the violence in cities instead.

McCarthy’s opposition also comes as some have suggested that he could be subpoenaed by the panel because he talked to Trump as the insurrection was happening. Wyoming Rep. Liz Cheney, who was booted out of GOP leadership last week for her criticism of Trump’s lies about the election being stolen, suggested as much in an interview with ABC News, saying she “wouldn’t be surprised” if McCarthy was investigated as part of the probe. Cheney has supported the commission.

Cheney and Katko are two of 10 Republicans who voted to impeach Trump after the insurrection for telling his supporters that day to “fight like hell” to overturn his defeat. The Senate later acquitted him.