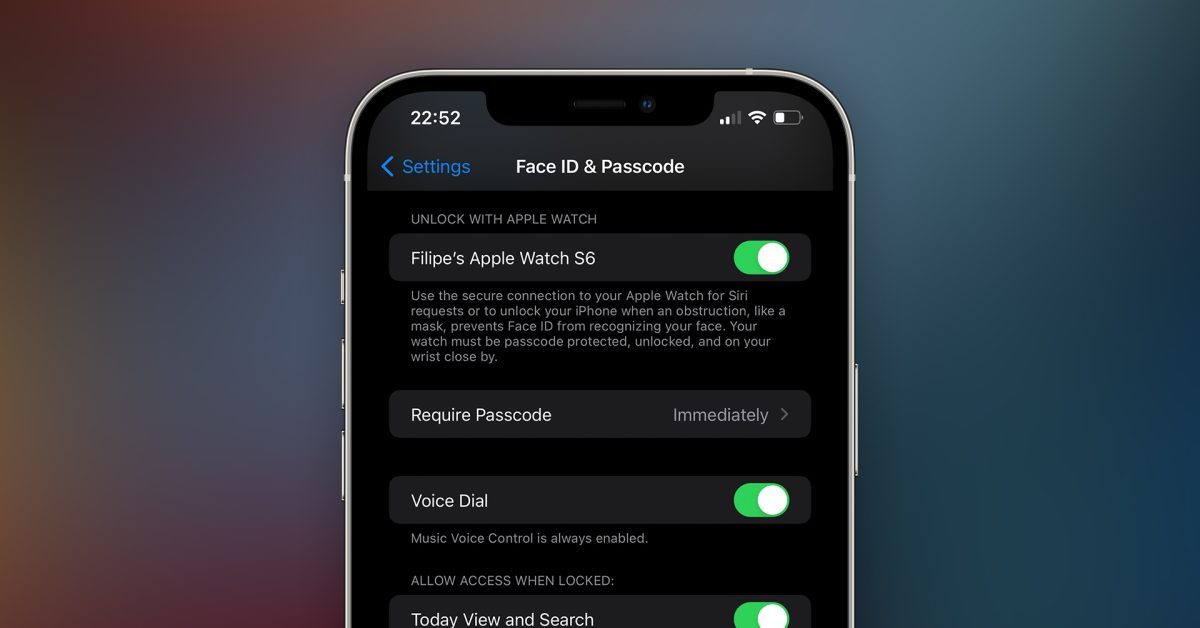 iOS 14.5, which was released to the public earlier this year, brought an important new feature that lets users unlock an iPhone using the Apple Watch instead of Face ID when wearing a mask. With iOS 15, Apple is expanding this feature by enabling personal requests to Siri when the “Unlock with Apple Watch” option is turned on.

The “Unlock with Apple Watch” feature is designed for users of iPhone models with Face ID who are unable to unlock the device when wearing a face mask. However, iOS 14 only uses this option when the user tries to use the device and the TrueDepth camera detects a mask.

Now with iOS 15, which was announced this week at WWDC 2021, Apple is also using this same feature to enable personal requests for Siri as well without requiring Face ID or password authentication.

In previous versions of iOS, you need to authenticate when you ask Siri to do things like change the phone settings, but now this will no longer be necessary if you have an Apple Watch. There’s a new message explaining that the “Unlock with Apple Watch” feature now works with Siri for personal requests under the Face ID and Passcode menu in the Settings app.

Use the secure connection to your Apple Watch for Siri requests or to unlock your iPhone when an obstruction, like a mask, prevents Face ID from recognizing your Face. Your watch must be passcode protected, unlocked, and on your wrist close by.

If you have your Apple Watch unlocked and on your wrist with this option enabled, you can now ask Siri to read your messages or change iOS settings without having to hold your iPhone, unlock with Face ID, or enter your password.

iOS 15 is now available as a beta release for developers, and a public beta will be available in July. The official release, however, is coming this fall. The update brings fundamental changes to notification management, new features in iMessage, more privacy controls, and more.

Check out 9to5Mac on YouTube for more Apple news: