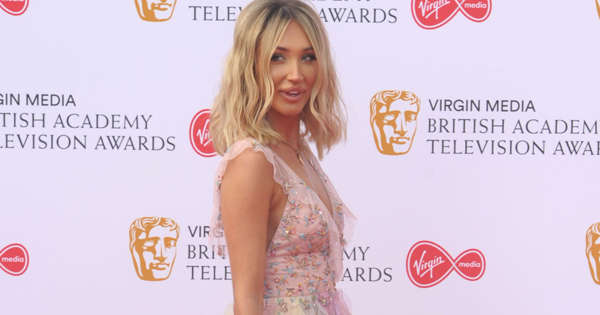 © Bang Showbiz Megan McKenna is proud to be playing Glastonbury

The former ‘TOWIE’ and ‘Big Brother’ star – who also appeared on ‘The X Factor: Celebrity’ three years ago – is set to perform an acoustic set on Sunday (26.06.22) at Worthy Farm, and she is looking to take inspiration from the ‘9 to 5’ legend’s iconic 2014 set.

She told the Daily Mirror newspaper: “I’ve got some Swarovski-encrusted cowboy boots from Nashville. But I’m ordering wellies – I might not wear the cowboy boots in the actual field.”

The 29-year-old star is also hoping to prove her doubters wrong when she steps on stage at the iconic festival and show that her journey in music goes back further than her TV career.

She added: “I have been judged really strongly over the past eight years.

“Everybody’s allowed their opinions but that’s why people need to come and watch me, because their opinions will change. I haven’t just done X Factor, I was doing music before as well as reality TV.”

Megan admitted she broke down in tears when she was told she’d been booked for such a special event.

She said: “I cried when I found out. It proves it doesn’t matter where you’ve come from, as long as you’ve got good music to back you, and you believe in yourself, you can do it.”

Megan previously opened up about her deep-rooted love of country music, and explained how her initial interest in the genre was sparked by her mum.

Asked about her passion for the genre, she shared: “My mum did like quite a bit of country music like Dolly Parton and Martina McBride but it was when I kept going to musical theatre auditions when I was younger and I kept being told I sounded really country so that’s when I really started listening to country music and started to love it.”