Newsom’s income went up in 1st year as California governor 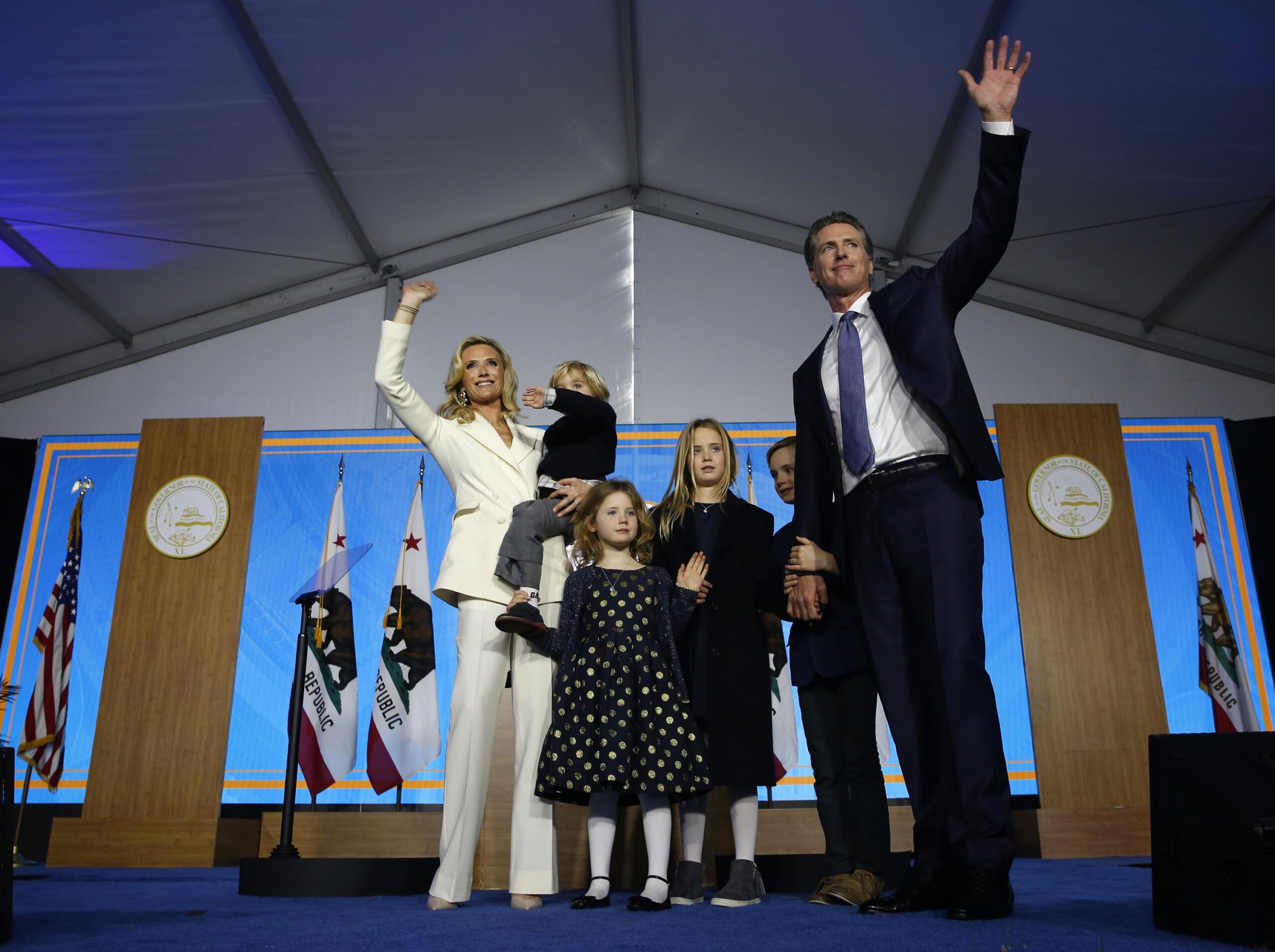 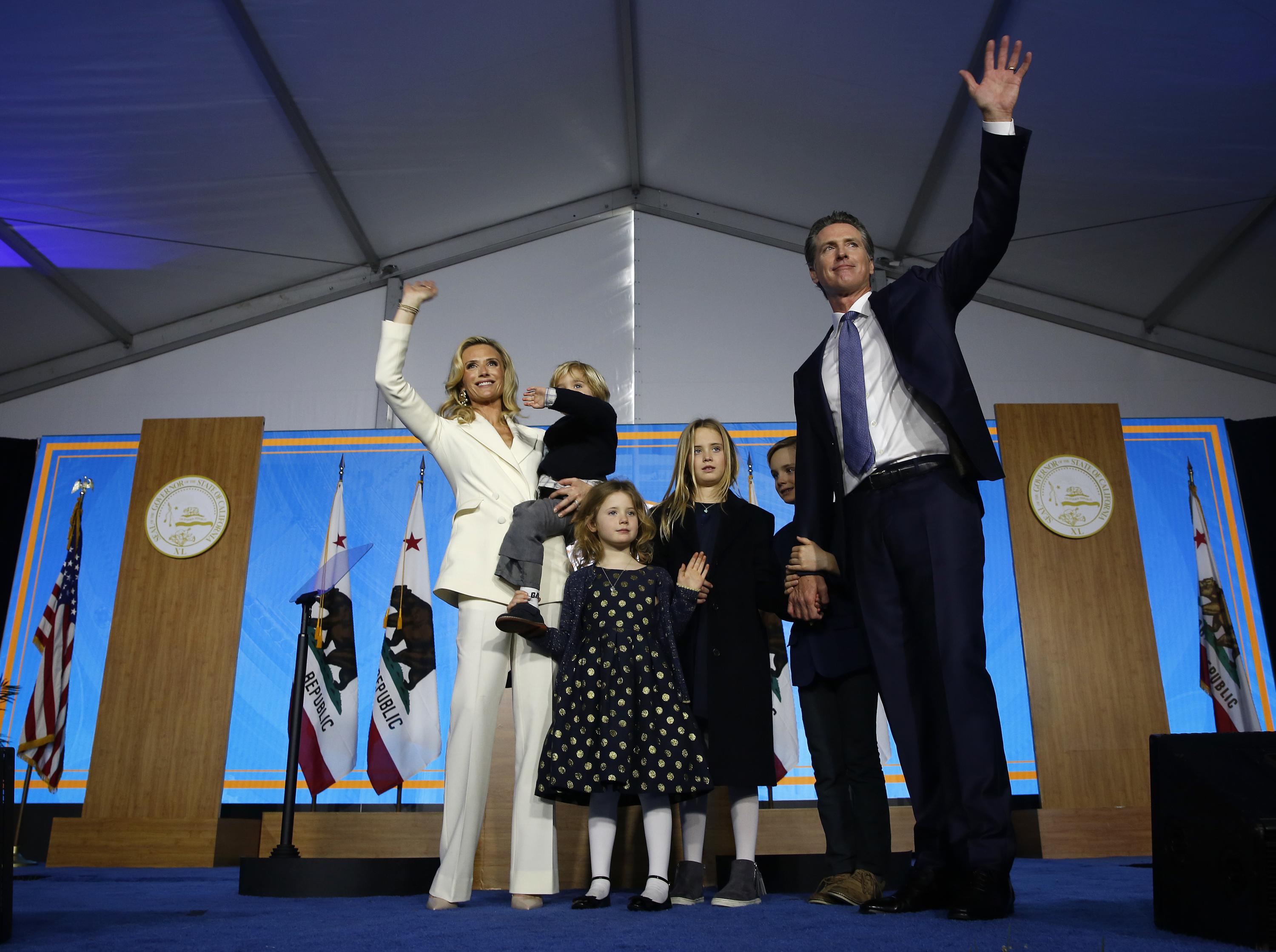 SACRAMENTO, Calif. (AP) — California Gov. Gavin Newsom and his wife made $1.7 million in 2019 during his first year as governor, about half a million dollars more than they earned the year before, according to tax returns his campaign released Monday.

The Newsoms paid roughly $712,000 in federal and state taxes. Their income gain came primarily from Newsom’s winery and restaurant businesses that he put in a blind trust when he became governor. The returns don’t name each individual business, making it impossible to know which ones gained and lost money. The returns show the Newsoms gave about $100,000 to charity, four times what they gave the year before, or about 6% of their income.

Newsom, a Democrat facing a likely recall election later this year, pledged to release his tax returns every year when he was elected in 2018. His competitors may be forced to release their returns too under a law Newsom signed in 2019 requiring candidates for governor to publicly disclose their last five years of returns, though it’s not clear how the law applies to a recall.

The Newsoms typically get an extension and file their returns in October, campaign spokesman Nathan Click said. That means they have not yet filed their 2020 returns, which would show how the family fared financially during the pandemic, when Newsom’s administration set rules that shut down businesses and put significant restrictions on restaurants and wineries.

Newsom made $175,000 as governor, up from his $151,000 salary as lieutenant governor, the job he held for eight years. Jennifer Siebel Newsom, a documentary filmmaker, made about $151,000 through her nonprofit, The Representation Project, which explores gender representation in the media. She also earned roughly $50,000 through her production company, Girls Club Entertainment, and more than $1,000 in residual payments from previous acting jobs.

But most of the couple’s income — an additional $1.3 million — came through passive sources, compared to $775,000 in 2018. Newsom owns The PlumpJack Group, which includes a suite of wineries and restaurants now run by his sister and cousin. He put them in a blind trust run by a family friend after he was elected, and the names of the individual holdings are shielded on the tax returns. The couple has several other trusts and businesses.

Newsom additionally made $39,000 for a children’s book he is writing about dyslexia, a condition he’s had since childhood that can make it harder to read. The Newsoms made $146 in gross income from other counties through Siebel Newsom’s blind trust, though the returns show they did not have financial accounts or trusts in foreign countries.

The couple has four young children, and in 2019 the family moved into a home in a Sacramento suburb. They lost nearly $250,000 after expenses renting out their prior home in Marin County. The Newsoms put the home up for sale for almost $6 million in 2019 but are still renting it, Click said. Newsom made $79,000 on the sale of a Napa property he co-owned with his sister and father. They earned $3,000 on a property in Hawaii.

They paid about $69,000 in taxes for employees of their home. Click could not immediately say how many people the family employs.

Newsom’s campaign gave reporters about one hour to look through the tax returns on Monday, and reporters could not take photographs. The 2019 law requiring candidates to release their returns says the secretary of state must post redacted versions of the returns online for the public to see. Candidates must submit their returns at least 98 days prior to a primary.

In a recall election, there is no primary and Newsom is technically not a candidate. The secretary of state’s office did not respond to questions Monday about how it planned to apply the law to a recall.

An election date has not yet been set. If the recall moves forward as expected, voters will be asked two questions: Should Newsom be removed from office, and if so, who should replace him? He cannot be a candidate listed on the second question.

None of his Republican rivals’ campaigns immediately answered questions about when they would release returns.

Anthony Ramirez, a spokesman for businessman John Cox, said the campaign has been reviewing the requirements under the new law. Cox ran against Newsom in 2018 and only released the cover page of his tax returns.

Celebrity Caitlyn Jenner’s campaign said the campaign will comply with any requirements for the election.

Former San Diego Mayor Kevin Faulconer released his returns during his first mayoral campaign, but the campaign did not immediately respond to questions about if and when he’d release more recent returns.