Prosecutor says Durst’s own words show his guilt in killings 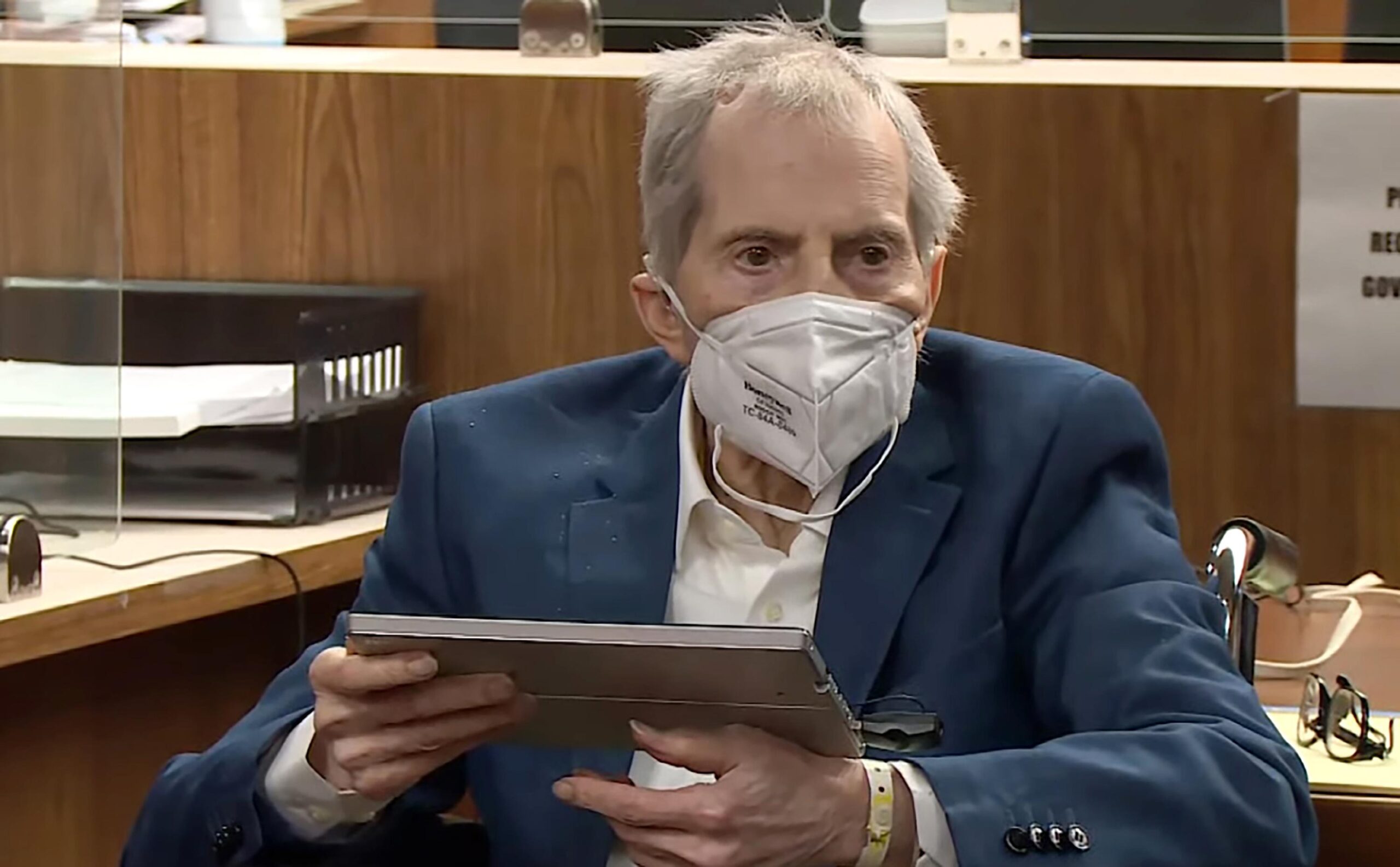 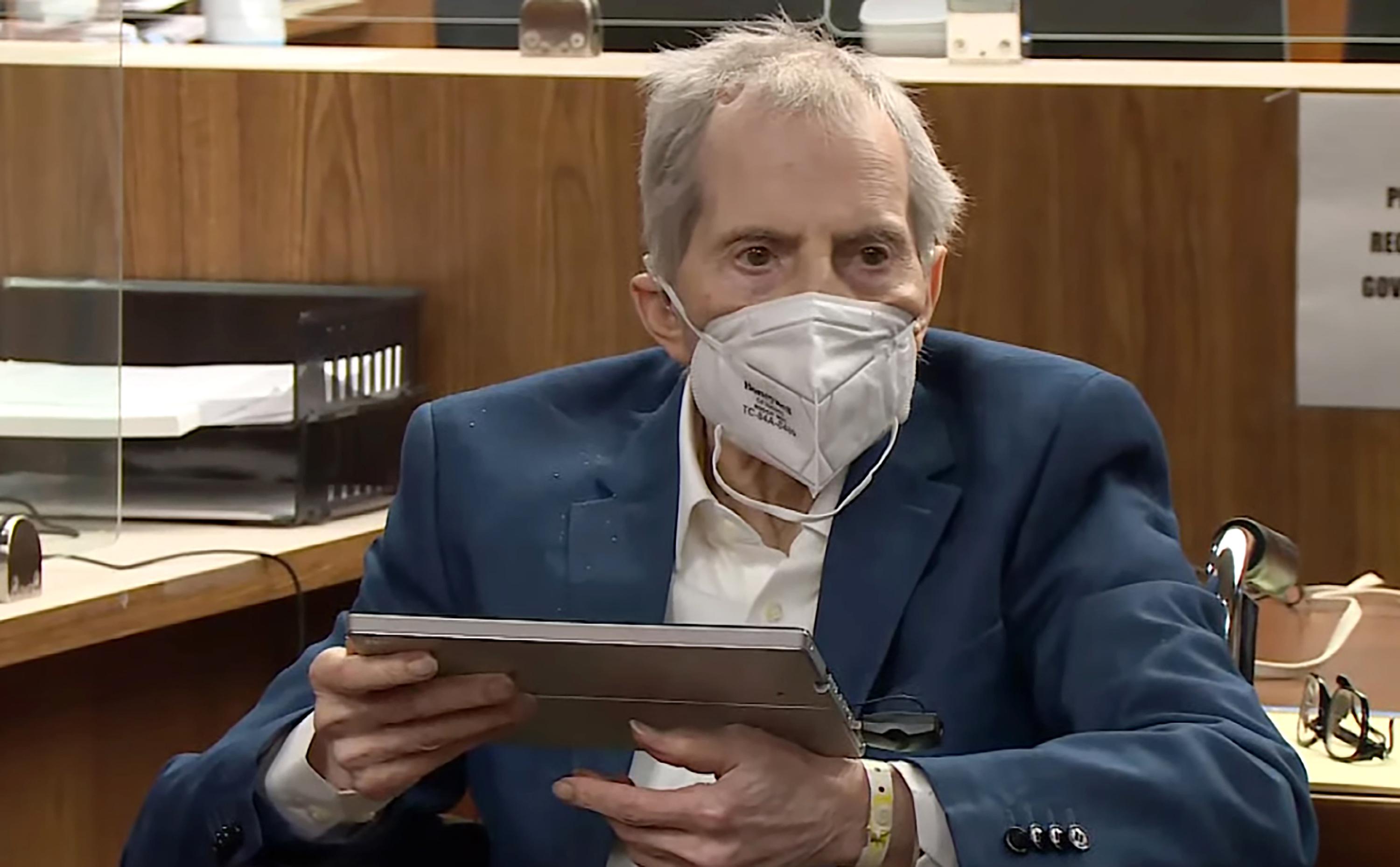 LOS ANGELES (AP) — Multimillionaire Robert Durst lived a life of such privilege and ease that he didn’t bother keeping track of the many lies he told over the years, a prosecutor said Tuesday during a new round of opening statements at his murder trial.

Deputy District Attorney John Lewin wove a combination of Durst’s statements — truth and lies — to outline evidence that will show the New York real estate heir killed his best friend and a neighbor to cover up the mystery of his wife’s disappearance.

“One of the hallmarks of Bob Durst is that despite all the lies he tells, he doesn’t take or use the mental energy to even remember them because his life has been spent privileged in getting away with whatever he wants,” Lewin said. “The evidence is going to show that’s going to be his undoing in a lot of ways in all three of these cases.”

Durst, 78, is only charged with one count of murder — in the killing of his best friend, Susan Berman, in 2000 in her Los Angeles home.

Durst has pleaded not guilty and his lawyer said he doesn’t know who killed Berman, who was his longtime confidante and once an unofficial spokeswoman when Kathie Durst vanished in New York in 1982.

But Lewin said the killing of Berman, who was shot in the back of the head at close range, and Durst’s admission that he fatally shot and dismembered a drifter in Texas in 2001 are both tied to the mystery of Kathie Durst.

“Everything starts with Kathie Durst’s disappearance and death at the hands of Mr. Durst,” Lewin said.

Durst, who suffers from myriad maladies, was slumped in a wheelchair dressed in a blue sportcoat, white dress shirt and tan pants. His gray hair was disheveled and he appeared to show no emotion behind a white mask as he followed the proceedings on a tablet computer that provided a real-time transcript because he has impaired hearing.

Lewin provided an abbreviated opening statement to refresh jurors on what they last heard over six days in March 2020 before the case was recessed an unprecedented 14 months because of the coronavirus pandemic.

Defense lawyers will present their own summary of the evidence on Wednesday. Last year, they stunned the audience when they said they would put Durst on the witness stand.

Durst was acquitted of murder in a Texas court after testifying he killed Morris Black when the man pulled a gun on him and they wrestled for the weapon in the Galveston rooming house where they both lived.

Durst had gone into hiding in Texas after New York prosecutors reopened the investigation into Kathie Durst’s suspected death. He killed Black because he had discovered Durst’s identity and was trying to leverage the wealthy scion to buy a house for the two of them, Lewin said.

Durst killed Black about nine months after Berman was found dead in her Benedict Canyon home in December 2000. Police were directed to the home by a note with only her address and the word, “CADAVER” written in block letters.

Durst told the makers of “The Jinx: The Life and Deaths of Robert Durst” in 2010 and 2012 that he didn’t write the note. He told the filmmakers and investigators in 2015 that whoever wrote the note had to have been Berman’s killer.

“You’re writing a note to the police that only the killer could have written,” Durst said.

Lewin said that now amounts to a confession after defense lawyers conceded before trial that Durst wrote the note. Evidence had shown he once penned a note to Berman in identical handwriting, with her address similarly misspelled “Beverley” Hills instead of Beverly.

The defense argues Durst found Berman’s body, panicked and ran. He sent the note to police so she’d be found, though her body was discovered before police got the note.

Durst killed Berman to keep her from talking to police about how she helped him cover up his wife’s disappearance, Lewin said.

Lewin played a clip of testimony from Nick Chavin, a mutually close friend of the defendant and victim, who said Berman once told him that Durst had killed Kathie. He said Durst told him he killed Berman after the two had dinner in New York in 2014.

“I had to,” Durst said on the sidewalk, according to Chavin. “It was her or me, I had no choice.”

Lewin said Berman, the daughter of a Las Vegas mobster who never would have turned her back on a stranger, had no idea Durst had come to kill her when she let him in her home just before Christmas.

Lewin showed a photo of Berman lying on her back, her raven hair spread out on the floor and dark blood pooling under her head.