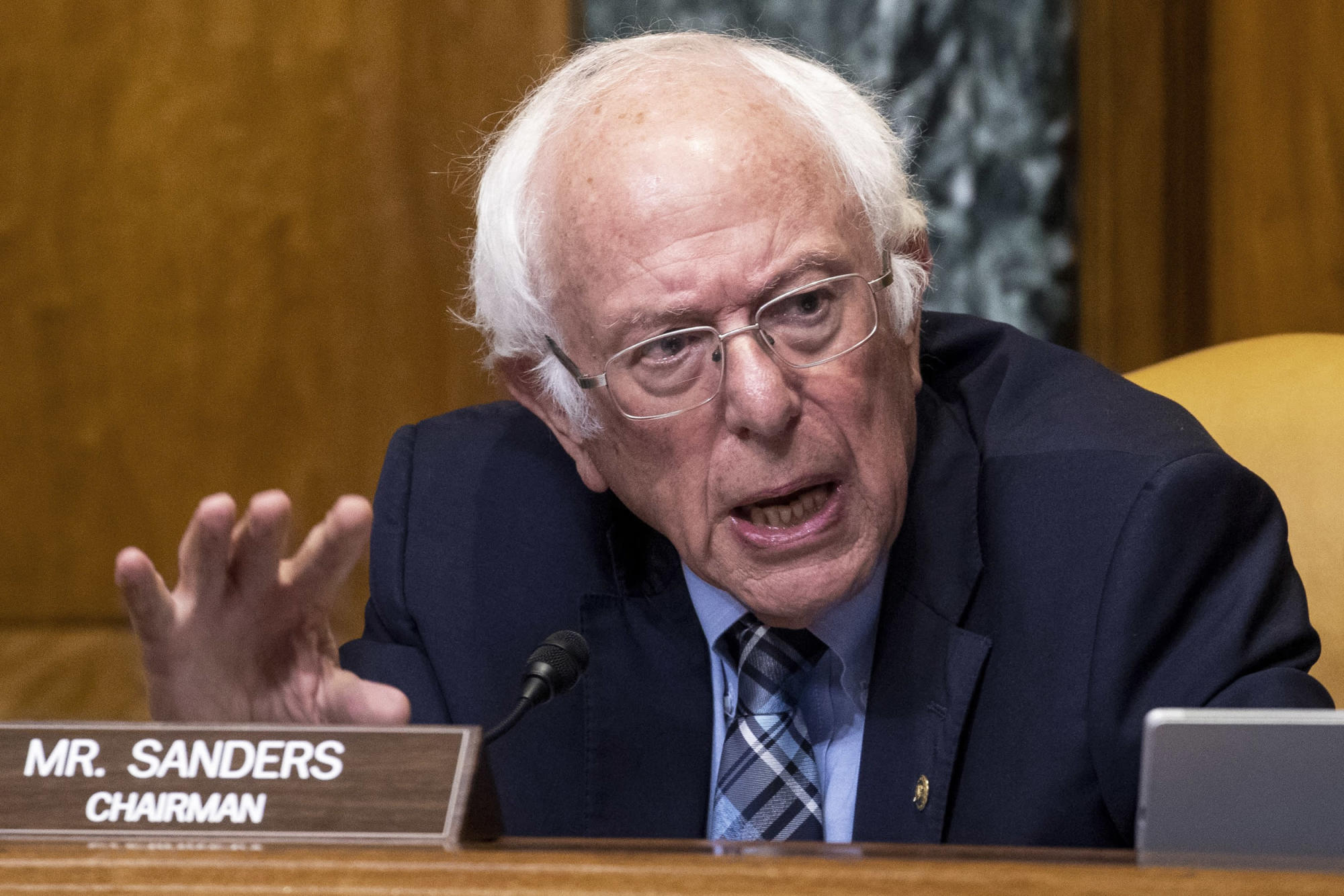 WASHINGTON — Sen. Bernie Sanders, I-Vt., drew his red lines on how to pay for a potential infrastructure compromise bill Sunday, as Democratic progressives continue to hesitate over joining the bipartisan deal on one of President Joe Biden’s biggest legislative priorities.

Twenty-one senators, including 11 Republicans, have coalesced around a broad framework that invests in hard infrastructure spending — roads, bridges and other projects — but not in the broader proposals that Democrats are seeking in their own proposals, such as climate change mitigation and new investments in areas like child care.

In an interview on NBC News’ “Meet the Press,” Sanders wouldn’t commit to supporting or opposing the plan, largely because the final details still need to be negotiated. But he made it clear there are some red lines he won’t cross to support it.

“What is in the bipartisan bill in terms of spending is, from what I can see, mostly good. It is roads and bridges, and we need to do that. That is what we are proposing in our legislation, but in much greater numbers,” he said.

“One of the concerns that I do have about the bipartisan bill is how they are going to pay for their proposals, and they’re not clear yet. I don’t know that they even know yet, but some of the speculation is raising a gas tax, which I don’t support, a fee on electric vehicles, privatization of infrastructure. Those are proposals that I would not support.”

Congress has gone back and forth on infrastructure negotiations for months — Biden has called for a $4 trillion plan, while Republicans have been pitching their own proposals at less than a quarter of the cost. While the bipartisan group continues to iron out legislation, Democrats are readying an attempt to pass their own plan without any Republican votes in case negotiations fail.

Some progressives have balked at working with Republicans on a bill that doesn’t include priorities like climate change mitigation.

But many Republicans, like Sen. Rob Portman, R-Ohio, are similarly wary of legislation they see as too broad.

In an interview on “Meet the Press,” Portman said that while the group of 21 senators, of which he’s a part of, are still on board, and he criticized the Democratic plan as a “$6 trillion grab bag of progressive priorities.” Portman said the bipartisan group is trying to use “creative” solutions to avoid raising taxes and said that if Biden and other Democrats don’t support the group’s plan to index the gas tax to inflation, they should propose other ways to pay for the spending that don’t raise taxes.

“What we don’t want to do is hurt the economy right now, as we are coming out of the pandemic, by raising taxes on working families,” he said.

Portman also threw cold water on a different potential compromise — a proposal by Sen. Joe Manchin, D-W.Va., on voting rights and election security. Portman said he appreciates Manchin’s attempt to find “some middle ground” but criticized the plan as a “federal takeover of the election system.”

Manchin offered his roadmap last week as Democrats appear stalled on their attempts to pass a comprehensive elections bill, which Manchin doesn’t support. The bill — which makes concessions on both sides like offering 15 consecutive days of early voting and having state motor vehicle departments automatically register voters, in exchange for things like mandating that voters prove their identity at the polls with an expanded list of documents. But while the proposal has gained traction among some Democrats, Republicans like Portman have balked.

“Congressional action on federal voting rights legislation must be the result of both Democrats and Republicans coming together to find a pathway forward or we risk further dividing and destroying the republic we swore to protect and defend as elected officials,” Manchin wrote in a memo on the bill.