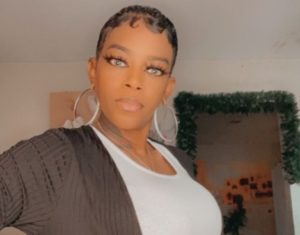 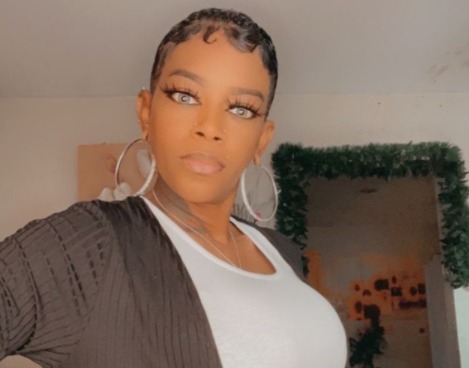 Tessica Brown might have made the biggest mistake of her life when her hair got stuck and wouldn’t move after she sprayed the extremely strong adhesive, Gorilla Glue, on her head and couldn’t wash it out.

She obviously learned to flip that bad mistake into a business and launched the Forever Hair line of hair care products.

The latest adventure for the viral sensation has her hocking Sleek edge control that will safely help customers lay their edges down with ease. According to the website, the product is made with black castor and aloe vera and will be released soon. Another product called growth oil, promises to stimulate hair growth. Another produce, Forever Hold is also offered for sale. Additionally, sweats with ‘Bonded For Life’ lettered on them, t-shirts and hoodies are all for sale.

Brown seemingly learned her lesson but the gorilla glue debacle was no laughing matter when it initially happened. Brown– who is a mother — did not always receive empathy online.

Brown’s initial Tik Tok video revealed her dilemma with the world earlier this year, after she slicked her hair down with Gorilla Glue. Dr. Michael Obeng was gracious enough to free Brown’s locks without charging her for his expertise, according to ESSENCE.

“Based on my chemistry background, I created a solvent made of medical-grade adhesive remover and acetone to break through the month’s long shell,” Obeng said in the  ESSENCE interview.

This time around, Brown turned to Tik Tok on a happier note. She introduce her all natural hair growth oil, while explaining how she succeeded in bringing her locks back to life.

And in this clip, Brown happily fluffs up her nicely growing locks with her fingers.

TMZ reported that  Brown launched her business venture on Wednesday, under the “Forever Hair,” brand. According to the story, all of the entrepreneurs products were developed with the assistance of hair care professionals. It was noted that they can be removed safely by washing the a person’s hair. However, TMZ also said that Brown wanted to develop products for people who suffered hair loss. Brown was both encouraged and ridiculed for her Gorilla Glue faux paus. It looks like adversity made her think outside of the box, then try to make something positive out of what started out as a very bad hair day.