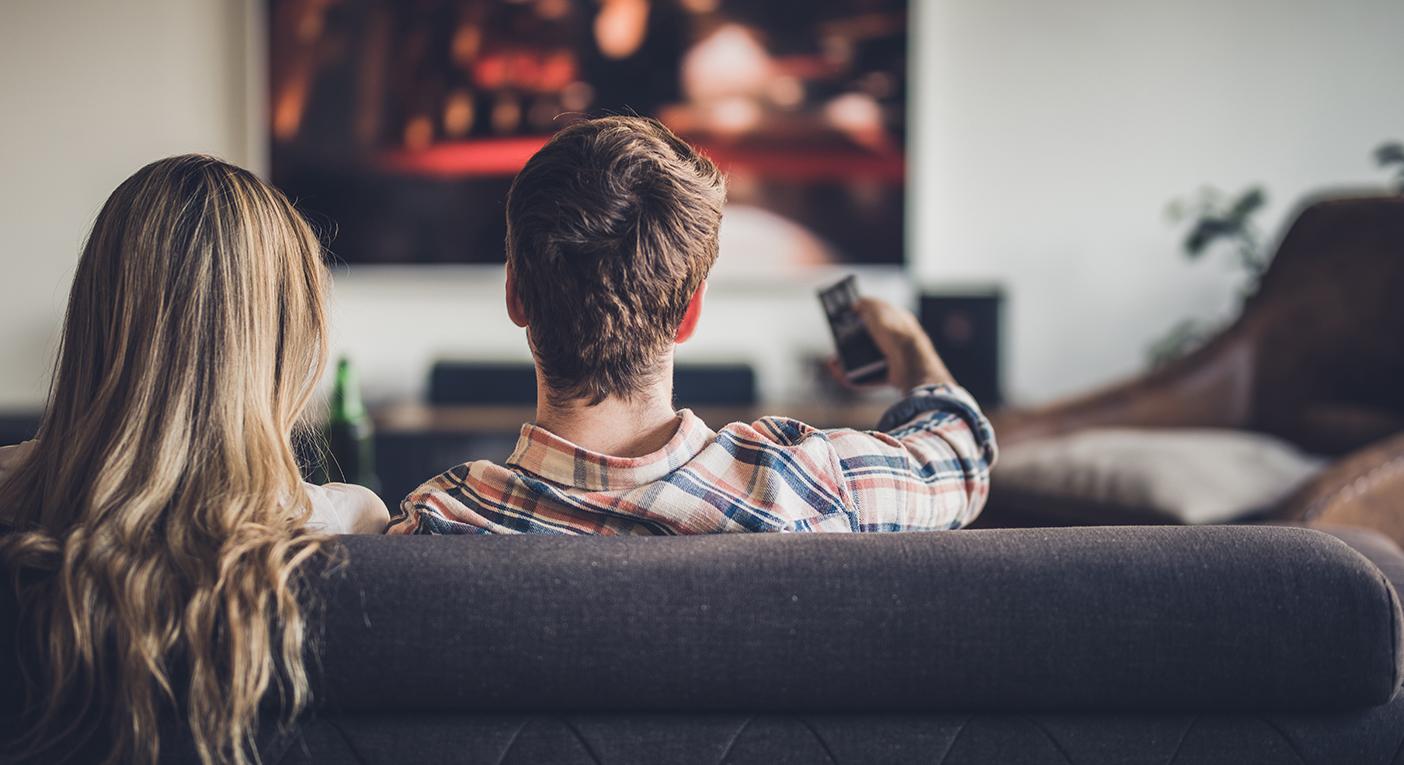 Yahoo Entertainment’s editors are committed to independently selecting wonderful products at great prices for you. We may receive a share from purchases made via links on this page. Pricing and availability are subject to change.

If you’re not impressed with modern television programmes, then your TV probably isn’t big enough.

Cinematic shows are often framed like movies, complete with black bars top and bottom, and need to be appreciated on super-large screens, like this whopping 58-inch 4k JVC model.

A bigger screen means you’ll see more detail, and be fully immersed in the action, so every night becomes movie night. The only downside is you’ll end up living on popcorn, although that’s not the worst scenario in our opinion.

If you’re upgrading from an older HD TV you’re in for a treat, because 4k really does look better. A HD 4k TV screen uses four times as many pixels as their 1080p equivalents, and they’re brighter.

Plus, the HDR compatibility in the modern designs means an extended dynamic range, with more depth and sparkle.

You’ll find plenty of 4k to watch on streaming services like Netflix, Amazon Prime Video and Youtube, as well as from premium pay TV services like Sky, Virgin Media and BT TV. 4k is also available on UHD Blu-rays, but it’s important to note you’ll need a UHD Blu-ray player to play them.

Here’s the crucial thing, to appreciate this extra resolution it makes sense to buy a screen larger than the one you’re replacing. It’s eyeball science stuff.

So up-sizing to a 58-inch model makes a lot of sense.

The good news is that there’s an appropriately big saving on this new JVC set, as part of Curry’s Epic Deals promotion, which means it has been reduced from £499.99 to £399.

The LT-58CA810 also runs the Android smart TV platform. Android TV has evolved over the years into a solid, versatile smart platform with plenty of streaming apps to choose from. It’s also got Chromecast built-in, which simplifies sharing of photos and video, and works with Google Assistant voice control.

The icing on the cake is Dolby Atmos cinema sound, which can be passed to a compatible soundbar using HDMI ARC functionality.

Confirming this giant TV’s status as a content monster, it also comes with Freeview Play, which offers comprehensive catch-up TV, and throws in hundreds of free to view box sets and offers daily TV recommendations too.

Watch: This luxurious skincare product is the ultimate payday treat