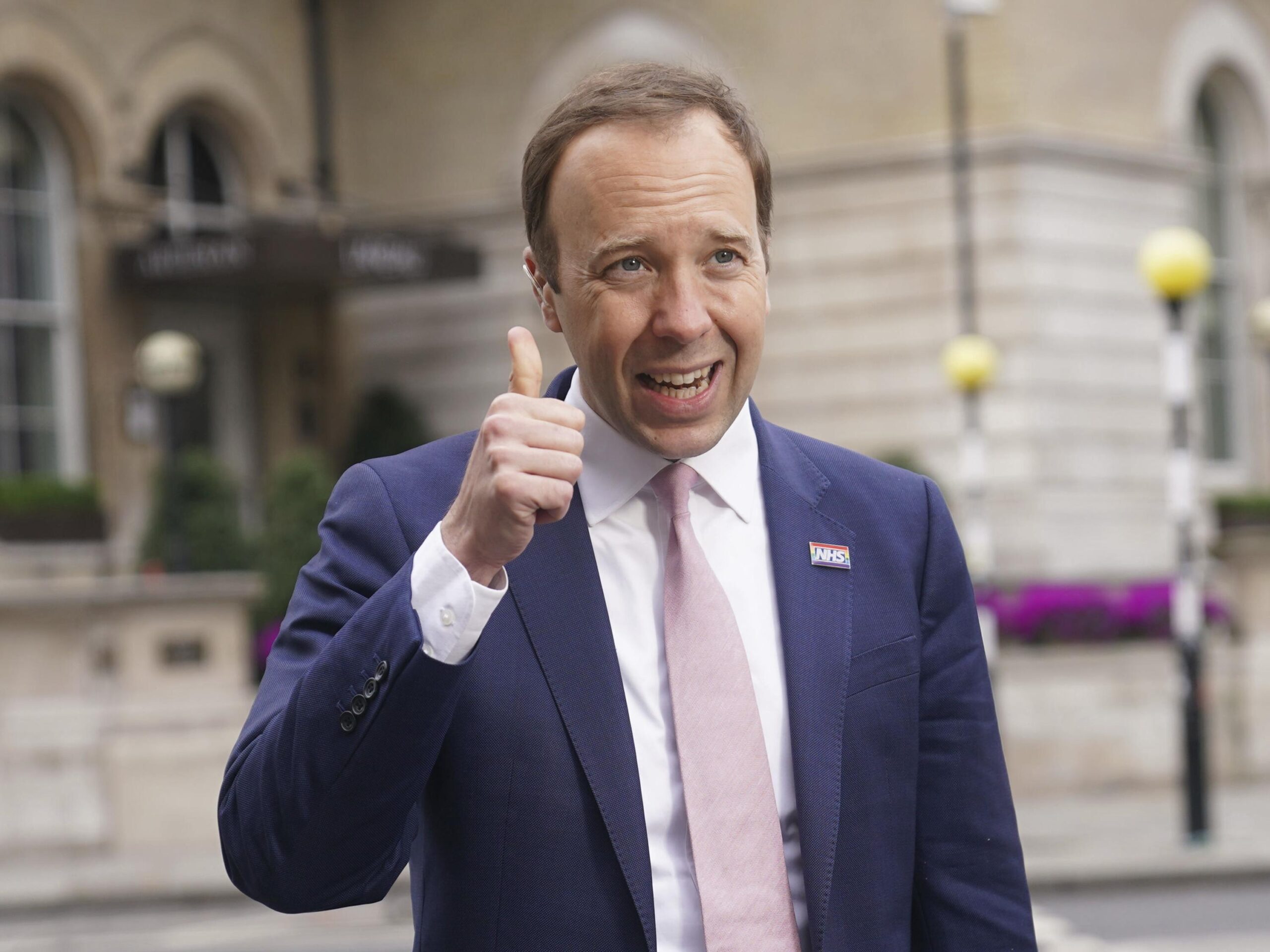 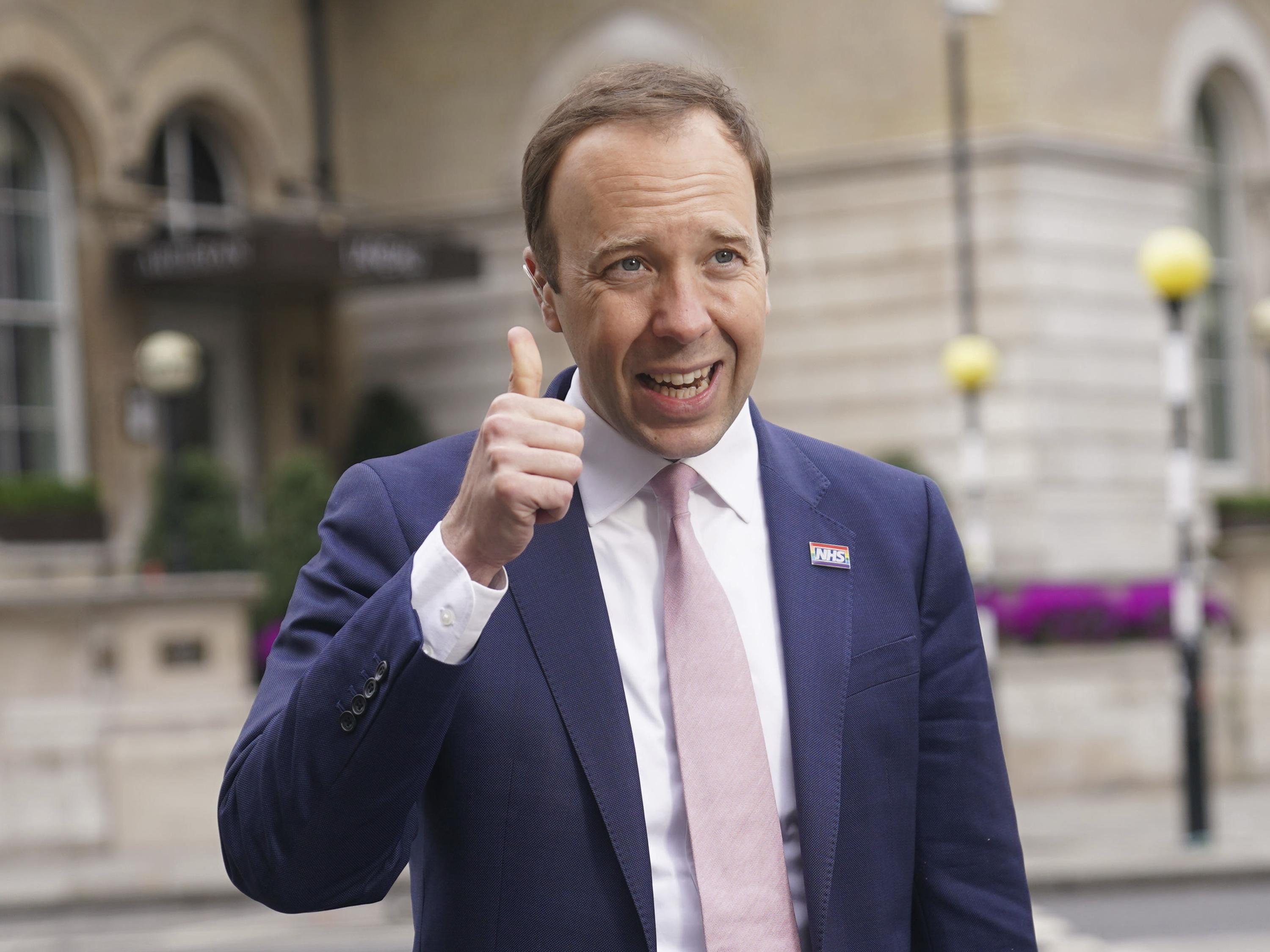 LONDON (AP) — Travelers in England were packing their bags, bartenders were polishing their glasses and performers were warming up as Britain prepared Sunday for a major step out of lockdown — but with clouds of worry on the horizon.

Excitement at the reopening of travel and hospitality vied with anxiety that a more contagious virus variant first found in India is spreading fast and could delay further plans to reopen.

Cases of the variant have more than doubled in a week in the U.K., defying a sharp nationwide downward trend in infections and deaths won by hard-earned months of restrictions and a rapid vaccination campaign. A surge testing and stepped-up vaccination effort was being conducted in the northern England areas hardest hit by that variant.

Health Secretary Matt Hancock said the variant, formally known as B.1.617.2, is more transmissible than the U.K.’s main strain and “it is likely it will become the dominant variant.”

“This isn’t over yet,” Hancock told the BBC on Sunday. “The virus has just gained a bit of pace and we’ve therefore all got to be that bit much more careful and cautious.”

On Monday, people in England will be able to eat a restaurant meal indoors, drink inside a pub, go to a museum, hug friends and visit one another’s homes for the first time in months. A ban on overseas holidays is also being lifted, with travel now possible to a short list of countries with low infection rates. Scotland, Wales and Northern Ireland are following similar but slightly different reopening paths.

Patrick Dardis, chief executive of brewery and pub chain Young’s, said the indoor opening — which follows the reopening of outdoor patios and beer gardens last month — is “a big step back on to the path to normality.”

“The weather has been pretty dire, and people are hardy, but we really needed this next step to come,” he said.

But hospitality and entertainment venues say they won’t be able to make money until they can open at full capacity. That’s due to happen June 21, the date set by the government for lifting its remaining COVID-19 restrictions, including social distancing and mask-wearing rules.

Prime Minister Boris Johnson has said if the new variant causes a big surge in cases, it could scupper that plan.

Britain has recorded almost 128,000 coronavirus deaths, the highest reported toll in Europe. But new infections have plummeted to an average of around 2,000 a day, compared with nearly 70,000 a day during the winter peak, and deaths have fallen to single figures a day.

Almost 70% of British adults have received a first dose of a coronavirus vaccine, and more than 37% have had both doses.

Health officials, backed by the army, are carrying out surge testing in Bolton and Blackburn in northwest England, where cases of the new variant are clustered, and pop-up vaccination sites have been set up to speed the inoculation drive. Across the country, the government is shortening the gap between doses for people over 50 from 12 to eight weeks in a bid to give them more protection.

Hancock said scientists had a “high degree of confidence” that current vaccines work against the Indian-identified variant.

Critics of Britain’s Conservative government say lax border rules allowed the new variant to enter the country. They accuse the government of delaying a ban on visitors from India, which is experiencing a devastating coronavirus outbreak, because it is seeking a trade deal with the vast country.

India was added to the U.K.’s high-risk “red list” on April 23, weeks after neighbors Pakistan and Bangladesh.

“We shouldn’t be in this situation,” said opposition Labour Party lawmaker Yvette Cooper. “This was not inevitable.”

The government denies that its health policies were influenced by political or trade considerations.

Mark Walport, a member of the government’s Scientific Advisory Group for Emergencies, said Britain was at a “perilous moment,” and people should be cautious with their new freedoms.

“My advice is that just because you can do something doesn’t necessarily mean you should,” he told Sky News. “As far as possible, socialize outside, maintain social distancing. If you’re going to hug, hug cautiously.”