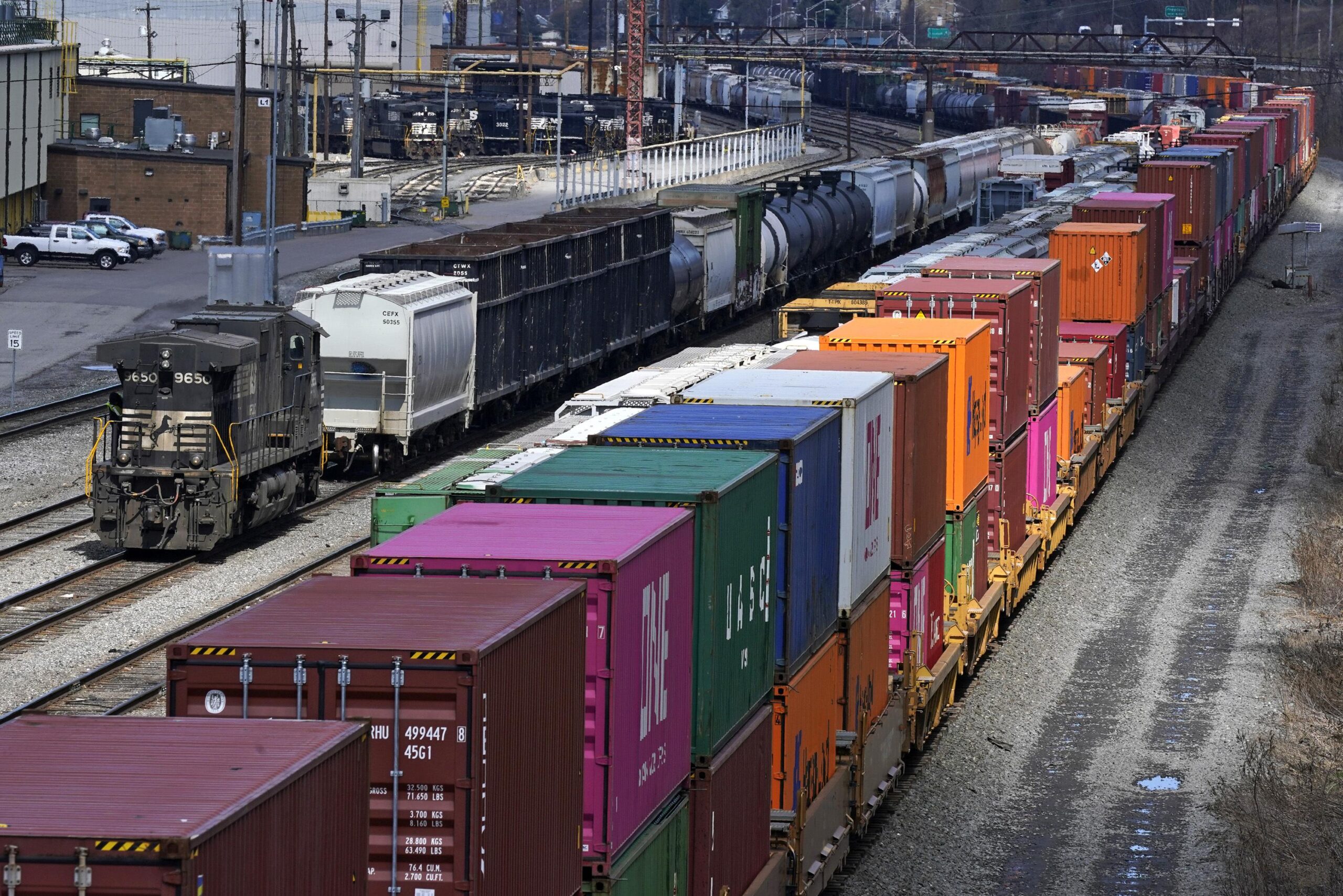 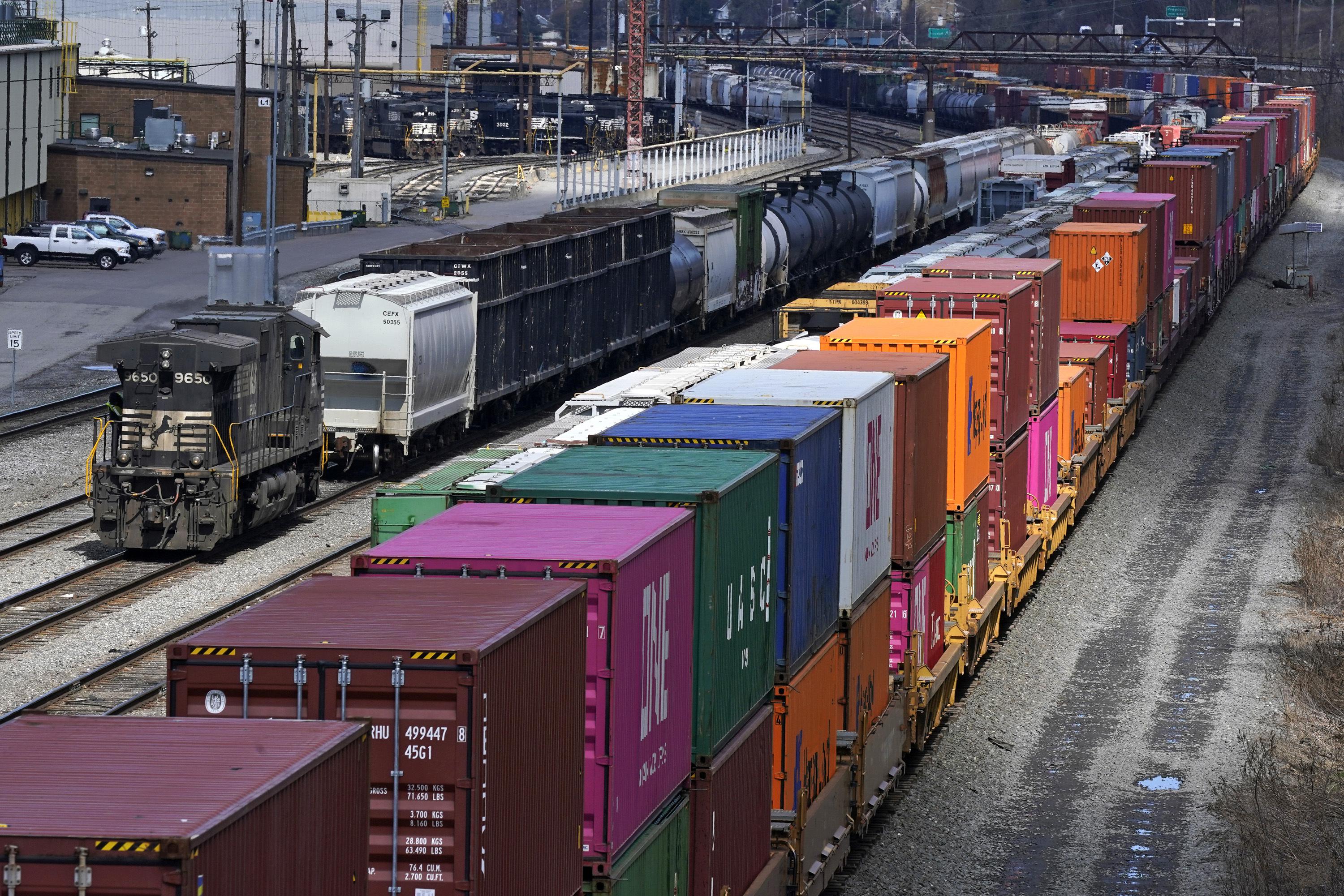 OMAHA, Neb. (AP) — Even as railroads are operating longer and longer freight trains that sometimes stretch for miles, the companies have drastically reduced staffing levels, prompting unions to warn that moves meant to increase profits could endanger safety and even result in disasters.

More than 22% of the jobs at railroads Union Pacific, CSX and Norfolk Southern have been eliminated since 2017, when CSX implemented a cost-cutting system called Precision Scheduled Railroading that most other U.S. railroads later copied. BNSF, the largest U.S. railroad and the only one that hasn’t expressly adopted that model, has still made staff cuts to improve efficiency and remain competitive.

The railroads acknowledge they have cut staff, lengthened trains and made other adjustments to reduce spending, but they are adamant none of the changes increase dangers. Regulators at the Federal Railroad Administration say they are tracking the changes and that the data so far does not show the new operating model is unsafe. But unions counter that with the stakes so high any time a train derails, the new system is risky.

“Every time the wheels come off the rail, it’s kind of like buying a lottery ticket to the big disaster,” said Jason Cox with the carmen division of the Transportation Communications Union.

Precision Scheduled Railroading calls for running fewer, longer trains with a mix of freight to reduce the number of crews and locomotives needed to deliver millions of tons of goods nationwide. The railroads also operate their trains on more of a set schedule now, with fewer stops and pickups, and they have eliminated shorter, less-profitable routes.

By increasing the length of trains, railroads can reduce total trips, cut down on the number of engines and railcars needing maintenance, and manage with fewer employees. Some trains now stretch longer than 2 miles (3.2 kilometers). Union Pacific said the average of its maximum train length has grown more than 30% to 9,250 feet, which is 1.75 miles (2.8 kilometers), since it started using the new operating model in 2018, and the railroad is expanding track sidings throughout its network to accommodate much longer trains.

The railroads say they abide by federal regulations for car and signal inspections and that human inspections are supplemented by high-tech systems that can scan tracks and railcars for defects.

They also say safety has improved overall over the past five years. All the major railroads issued statements defending their safety records and citing investments they have made in their networks.

“Across the board, I do not see evidence of our workforce at Union Pacific being rushed, overworked or put in harm’s way. I just don’t see it statistically,” said Lance Fritz, CEO of Union Pacific, the nation’s second-largest railroad.

CSX officials said most of the key safety measures they track like employee injuries and train accidents have improved since it started using the Precision Scheduled Railroading operating model.

“We do not move freight at the expense of the safety of our employees or the communities where we operate,” CSX spokeswoman Cindy Schild said.

Independent expert David Clarke, director of the University of Tennessee’s Center for Transportation Research, said the safety data is inconclusive.

“Right now I just haven’t seen anything to demonstrate that it’s definitely having a negative impact on safety,” Clarke said.

However, the union coalition Transportation Trades Department notes the amount of time carmen have to inspect each car in a train has been reduced by more than half — from three minutes to just 60 seconds. Also, staffing cuts mean less-trained train crews are often handling those inspections, the group says.

The unions also say that most signalmen who maintain railroad crossing guards and safety signals along the rails have seen their territories grow by 150%, leaving little time for maintenance work once required tests are completed.

“As maintenance gets neglected. then obviously the failures go up,” said Tim Tarrant, a vice president with the Brotherhood of Railroad Signalmen.

Overtime is also up, which the unions say increases fatigue and the chance that a safety defect could be missed.

Unions acknowledge it’s part of their mission to maintain or increase staffing levels, but members said they’re more motivated by the potential for disasters, such as a 2013 derailment in Canada that killed 47 people in the town of Lac Megantic and caused millions of dollars in damage or a 2005 derailment in Graniteville, South Carolina, where nine people were killed and more than 250 treated for exposure to toxic chlorine gases.

Former CSX employee Kasondra Bird said safety concerns led her to resign in December after 24 years with the railroad, even though she didn’t have another job lined up. As a conductor operating trains by remote control in a Grand Rapids, Michigan, railyard, she went from switching 150 cars a day to 300 to 350 each shift.

Bird said some workers skipped meal and bathroom breaks to keep up.

“I was hoping to stay a lot longer, but if it means my safety, it’s not going to do me any good staying another day if that means I’m not going to come home,” said Bird, who is a 45-year-old single mother. “Safety and the well being of employees have definitely taken a backseat to production.”