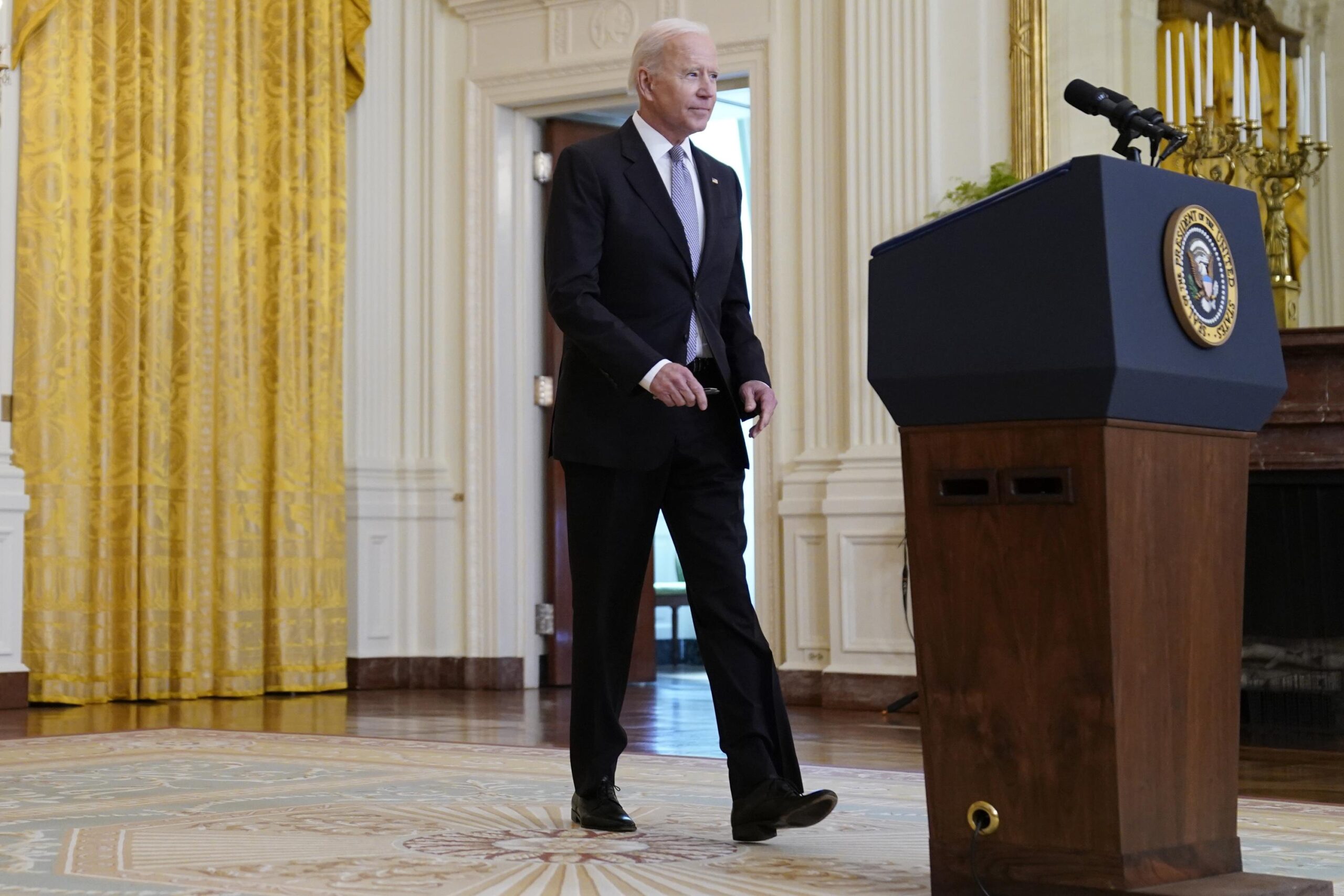 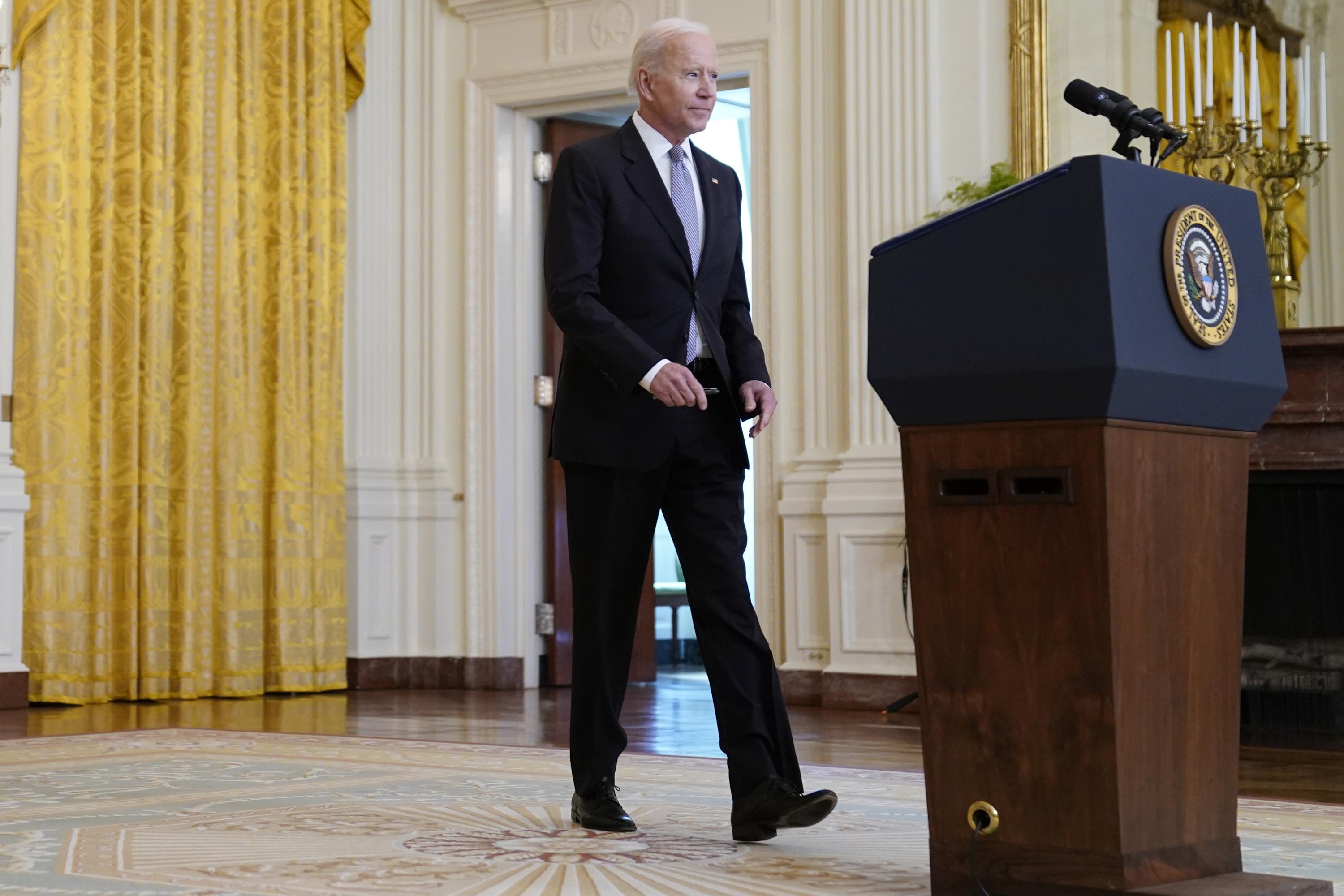 WASHINGTON (AP) — In Georgia, school bus-maker Blue Bird has visions of going from selling a few hundred electric buses annually to 15,000. In Michigan, Ford plans to produce an all-electric version of its F-150 pickup truck.

Both companies are looking to President Joe Biden’s $2.3 trillion infrastructure proposal to help transform the automotive sector as electric vehicles shift from a luxury niche to mainstream America. The plan reflects an effort by Biden to accelerate certain sectors of the economy with the belief they’ll become the engines for growth in the decades to come.

“You need someone to give you a real jumpstart,” Blue Bird CEO Phil Horlock said. “This is actually changing the landscape.”

Biden will visit Ford’s electric vehicle plant in Dearborn, Michigan, on Tuesday, returning to an industrial state that contributed to his election victory and is the center of an auto sector that’ll likely need some government help to move away from gas guzzlers.

The Democratic president wants the government to accept the risk of investing in a series of industries such as electric vehicles and semiconductors that he believes will become the backbone of the U.S. economy. It’s a sharp philosophical divide from Republican lawmakers who would rather the federal government focus more on the steel, concrete and asphalt of conventional infrastructure projects.

Biden said in a speech last week that his proposed new tranche of government spending is required to keep the U.S. economy competitive and fair on top of the coronavirus relief that’s already flowing. Besides infrastructure, Biden is asking for another $1.8 trillion — putting the combined total spending at roughly $4 trillion — to devote to education and families.

Biden said his infrastructure plan is “an eight-year investment strategy to make sure working people of this country get to share in the benefits of a rising economy and to put us in a position to win the competition with China and the rest of the world for the 21st century.”

The infrastructure package would be paid for by higher corporate taxes. Leading business groups such as the Business Roundtable and U.S. Chamber of Commerce have opposed raising the corporate rate from 21% to 28%. But some of the companies that could benefit directly from the spending appear willing to make that trade, and that complicates the politics of the moment because there are clear winners and clear losers, such as the fossil fuel sector.

Biden is openly saying government dollars should seed new opportunities for businesses. It’s an effort to steer where private investors direct their money and a response to other nations like China that have backed favored industries such as electrical vehicles and semiconductors that could threaten America’s own preeminence.

A White House official said that some businesses briefed on the infrastructure proposal have also seen it as having the qualities of an industrial policy in which government works in concert with companies.

One element of Biden’s plan that draws companies’ attention is the $50 billion proposed for the Commerce Department to monitor U.S. manufacturing capacity and fund investments to support production of critical goods. The official, who spoke on the condition of anonymity to reveal internal discussions, said companies interpret it as a new way of thinking about supply chains when supplies of computer chips, lumber and other goods are squeezed.

But the risks are that industrial policies can misspend dollars that would be better directed by the private sector. That can come at the expense of jobs as the initiatives often go through a political prism instead of an economic one.

“The problem with industrial policy is that it quickly becomes highly political,” said Thomas Duesterberg, a senior fellow at the conservative Hudson Institute. ”The administration’s focus on promoting green technology is important but will result in a substantial net loss of manufacturing jobs by reducing production of domestic oil and gas, and in turn chemicals, while subsidizing wind and solar products whose production is dominated by Chinese and European manufacturers.”

Some businesses insist the types of government investment in Biden’s plan are necessary.

The major hurdle for moving U.S. drivers away from internal combustion engines is the lack of charging stations. Biden proposes $174 billion for electric vehicles, including funds to construct 500,000 charging stations by 2030. Their presence would help to overcome drivers’ fears of being stranded in a powerless car, one of the challenges confronting Ford and General Motors as they seek to go electric.

The Center for Automotive Research’s Smith stressed that automakers would like to command the same premium on their stock that Tesla — a pioneer of electric vehicles — enjoys. But doing so requires the government to shoulder some of the risk to transition to a new infrastructure for powering vehicles.

“You don’t sell the cars without the charging stations at this point,” Smith said. “It makes or breaks the technology.”

Presidents have long relied on businesses to push their messages to voters. Biden’s predecessors Donald Trump and Barack Obama touted an Intel chip factory in Arizona as proof of economic gains, yet the U.S. semiconductor industry declined relative to the rest of the world. Biden proposes a $50 billion investment in semiconductor manufacturing and research, one of the publicly bipartisan pieces of his infrastructure package.

Intel’s chief government affairs officer, Jeff Rittener, said the company supports the investment, though it still wants to know more details about the potential increases in corporate taxes. He warned that without the government investment the country would lose out to other global competitors on what has become a building block of the modern economy.

“Only 12% of worldwide semiconductor manufacturing is done in the U.S., whereas if you go back a number of years it used to be greater than 35%,” he said. “We anticipate, and studies have shown, that if nothing is done this percentage is going to drop further.”