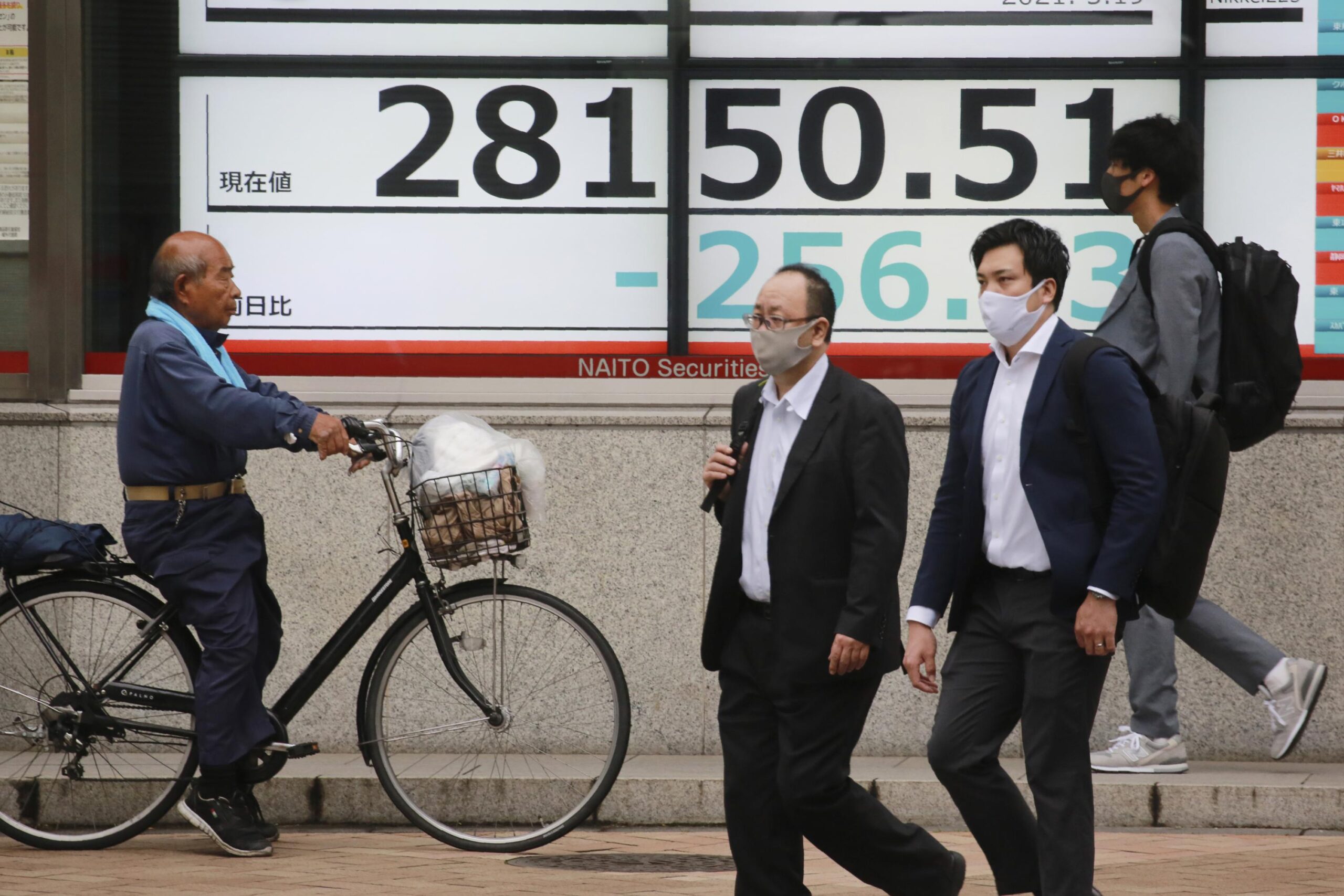 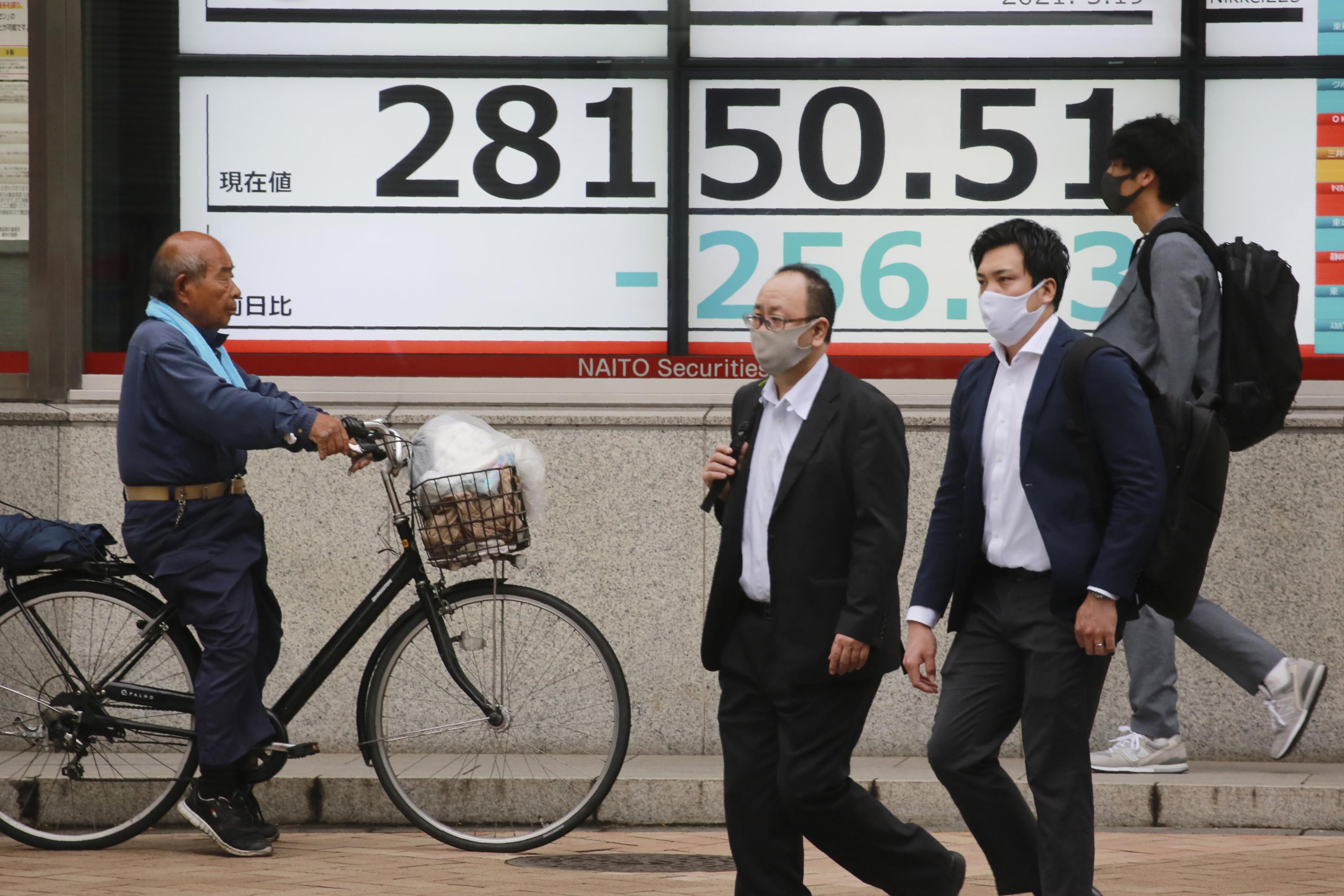 Japan’s government-backed “state of emergency” is continuing for several areas, including Tokyo and Osaka, through the end of the month. But cases are growing in other regions, heightening concerns. The southern island prefecture of Okinawa requested it get added to the areas under emergency, as cases surged.

Japan has one of the slowest vaccine rollouts in the developed world, with about 2% of the population fully vaccinated. It has recorded more than 11,000 COVID-related deaths.

A day after Japan reported its economy contracted at a 5.1% annual rate in the first quarter of this year, Fitch Solutions forecast the economy will grow just 2.5% this year, highlighting the challenge as the country battles surging coronavirus infections.

Bitcoin’s price fell more than 9% on Wednesday to about $39,000 after the China Banking Association warned members of risks associated with digital currencies. By late Asian time it was down 5.9% at $40,625.

A statement posted on the industry association’s website said all members should “resolutely refrain from conducting or participating in any business activities related to virtual currencies.”

The notice, which was reiterating longstanding government policy, said such digital currencies were subject to great volatility.

Bitcoin was trading above $50,105.00 last week after its price plunged 10% following Tesla CEO Elon Musk’s reversal of his stance on the digital currency when he said the electric car maker would no longer accept it as payment.

Shares made solid gains earlier in the year as investors bet on an economic recovery fueled by widespread vaccinations. Expectations were high for corporate earnings and the latest round of results has been surprisingly good.

In energy trading, U.S. benchmark crude fell 91 cents to $64.58 a barrel in electronic trading on the New York Mercantile Exchange. It lost 78 cents to $65.49 on Tuesday. Brent crude, the international standard, lost 85 cents to $67.86 a barrel.